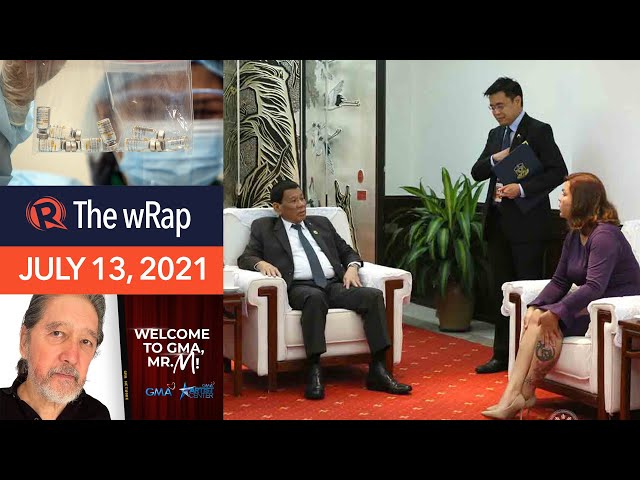 President Rodrigo Duterte on Monday, July 12, attributes the  Philippines’ low education ranking to the nation’s status as a ‘third world country.’ He is referring to a World Bank study recently taken down, after Education Secretary Leonor Briones said the Philippines was shamed and insulted.

Caloocan and Las Piñas on Tuesday, July 13, temporarily halt their second-dose Sinovac vaccinations after they ran out of supply from the national government.

A recent survey by Social Weather Stations or SWS says some 4.2 million families experienced hunger in May, as the pandemic dragged on and kept Filipinos unemployed.