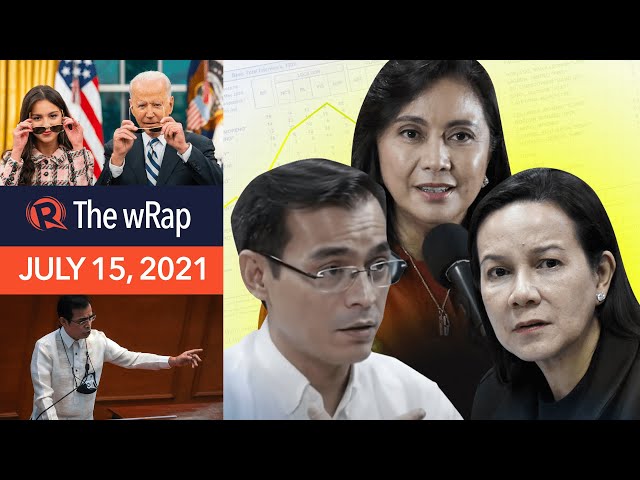 President Rodrigo Duterte on Thursday, July 15, approves the quarantine classifications for various parts of the country for the rest of July. Metro Manila, Rizal, Cavite, Bulacan, and 26 other areas will be placed under General Community Quarantine or GCQ until July 31.

Manila Mayor Isko Moreno in his third State of the City Address zeroes in on his local government’s successes despite challenges brought by the COVID-19 pandemic.

Pop star Olivia Rodrigo, whose album Sour is number one on the charts, visits the White House Wednesday, July 14 to encourage young people to get vaccinated against COVID-19.

The members of BLACKPINK look back on their five-year career in the official trailer for their upcoming film BLACKPINK: The Movie. – Rappler.com