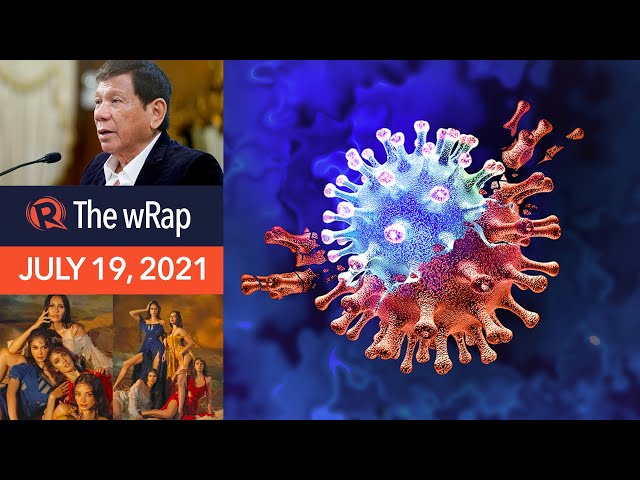 As the highly-transmissible COVID-19 Delta variant sweeps through Southeast Asian countries like Indonesia and Thailand, the Philippine government is in talks with manufacturers to procure more oxygen tanks.

President Rodrigo Duterte says he will possibly run for vice president in 2022 to make himself ‘immune’ from being held legally accountable. In the same speech, Duterte also makes light of the role of a vice president.

An Olongapo court junks the first known anti-terror law case against Aetas Japer Gurung and Junior Ramos. The court says it was a case of mistaken identities, and the warrantless arrest of the two was unlawful.

Tokyo Olympics organizers on Sunday, July 18, report three new cases of coronavirus infection among athletes. Organizers earlier decided to ban spectators from venues in a bid to stem an increase of COVID-19 infections.

Governments around the world used a spyware called Pegasus – to spy on civilians including journalists and human rights activists. The device of a journalist or activist is infected through app vulnerabilities or malicious links. The Pegasus spyware is then able to exfiltrate all data on the device. – Rappler.com