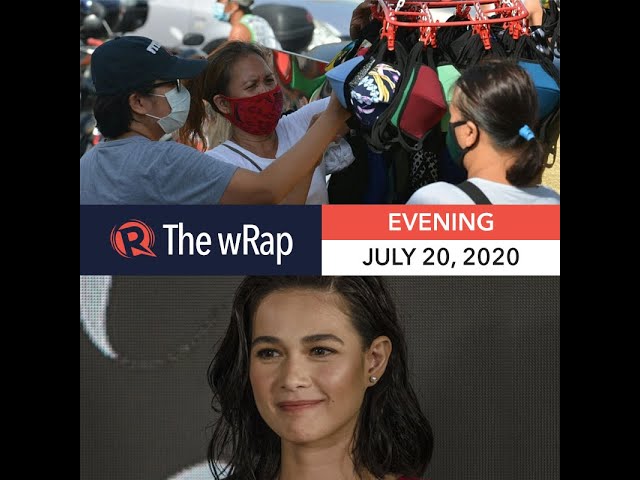 Around 91% of Filipinos wear face masks whenever they leave their homes. The study is conducted by UK think tank YouGov and the Institute of Global Health Innovation at Imperial College London.

The House committee on constitutional amendments will convene after Congress reopens next week to discuss the amendments to the 1987 Constitution proposed by 1,489 mayors in the League of Municipalities of the Philippines.

National Capital Region Police Office or NCRPO chief Debold Sinas and other police officials seek to evict a family of 10 in Taguig City without any supporting documents.

ABS-CBN star Bea Alonzo says she received reports from her fans that unknown persons offered to buy her fan pages for undisclosed amounts. Actress Angel Locsin urges her fellow celebrities to use their voices to amplify those of their fellow media workers who helped bring them fame.