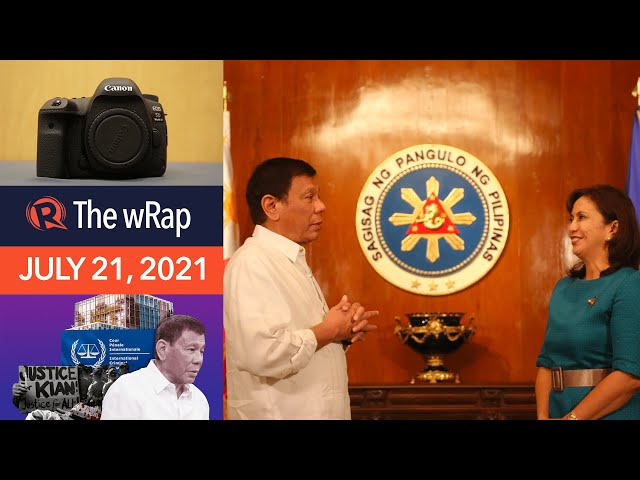 Vice President Leni Robredo says she will not treat President Rodrigo Duterte the same way he treated her, if they swap roles after the 2022 elections.

The Supreme Court says the Philippines is still obliged to cooperate in criminal proceedings of the International Criminal Court even if it has withdrawn from the ICC.

For the third straight week, Davao City remains the city with the most number of documented daily COVID-19 cases in a week’s time.

World’s richest man Jeff Bezos of Amazon soars 66.5 miles or 107 km above the Texas desert aboard his company’s space capsule on Tuesday, July 20.

People online slam Canon Philippines for its ‘out of touch, outdated, misogynistic’ all-male brand ambassador lineup. None of the featured photographers were women or part of the LGBTQ+ spectrum. – Rappler.com