Pacquiao to Cusi: Do your job amid blackouts | Evening wRap 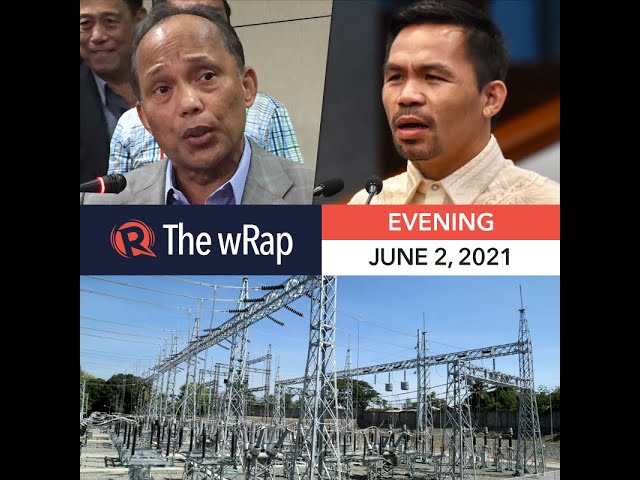 Senator Manny Pacquiao retaliates against Energy Secretary Alfonso Cusi in a privilege speech Wednesday, June 2. He takes a jab at Cusi for allegedly focusing on the infighting in PDP-Laban instead of addressing the rotational blackouts that are affecting parts of Luzon.

The World Health Organization on Tuesday, June 1, says it approves the Sinovac COVID-19 vaccine for emergency use listing, paving the way for a second Chinese shot to be used in poor countries.

For the third straight day, rotational blackouts hit Luzon on Wednesday, June 2. The National Grid Corporation of the Philippines or NGCP raises the red alert over the Luzon grid for 13 hours, from 9 am to 5 pm and 6 pm to 11 pm.

The House of Representatives passes on 3rd and final reading the P401-billion Bayanihan to Arise As One bill or the Bayanihan 3 relief bill.