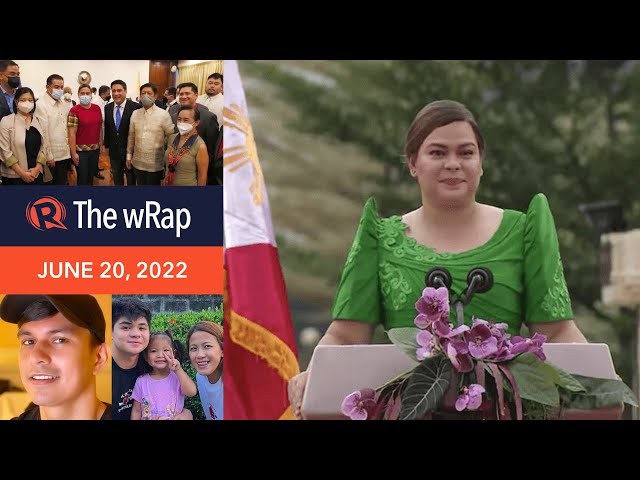 Sara Duterte, Davao City mayor and daughter of President Rodrigo Duterte, takes her oath as the 15th vice president of the Philippines in her hometown Sunday, June 19.

Lakas-CMD is set to be the majority in the House of Representatives, marking the first time in recent Philippine history that the Vice President’s party will be the ruling party in the lower chamber.

To lobby their access to Malacañang, pro-Marcos vloggers form a group called United Vloggers and Influencers of the Philippines or UVIP, a version of a press corp.

The Department of Agrarian Reform reaffirms, on Monday, June 20, 178 farmers of Hacienda Tinang as rightful owners of the disputed 200-hectare land in Concepcion, Tarlac.

Tom Rodriguez is divorced from Carla Abellana, and is now in the United States with his family. – Rappler.com

Bugoy Cariño opens up about being a father at 16