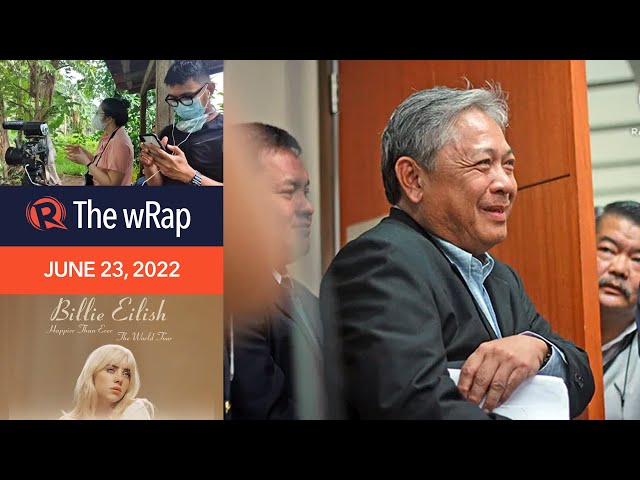 The justice department convinces a court to reinstate the case of rural doctor Natividad ‘Naty’ Castro and order her rearrest.

The International Energy Agency says Russia may cut off gas to Europe entirely, and that Europe needs to prepare now.

Billie Eilish is finally coming to the Philippines for a one-night concert. Event organizer Live Nation announces the pop singer is bringing her ‘Happier Than Ever: The World Tour’ to the SM Mall of Asia Arena on August 13. – Rappler.com