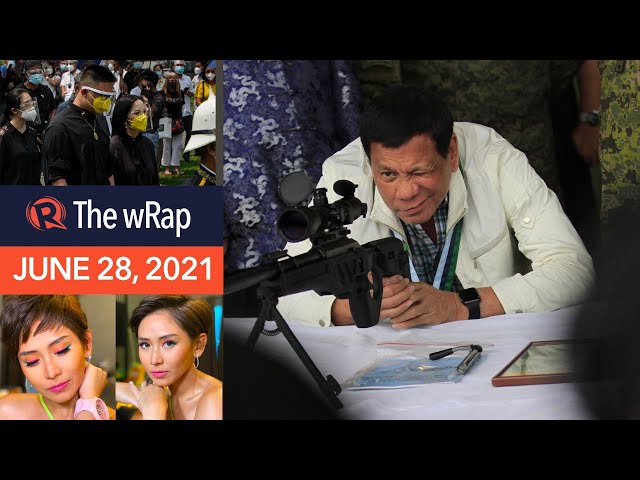 The Philippines receives its first shipment of 249,600 Moderna’s COVID-19 vaccine Sunday, June 27. It is the fifth vaccine brand that will be widely used in the government’s vaccination drive against COVID-19.

President Rodrigo Duterte was a no-show at the wake and funeral of former president Benigno ‘Noynoy’ Aquino III. Spokesman Harry Roque says it might be because Duterte wanted to avoid overcrowding during the pandemic.

TV personality Kris Aquino pays tribute to her brother, the late former president Noynoy Aquino, in a video posted a day after he was laid to rest at the Manila Memorial park.

Sarah Geronimo surprises fans Monday, June 28 when photos of her with a new hairstyle circulate on social media. The singer-actress – who has always worn her hair long – now sports a pixie cut, her shortest haircut yet. – Rappler.com