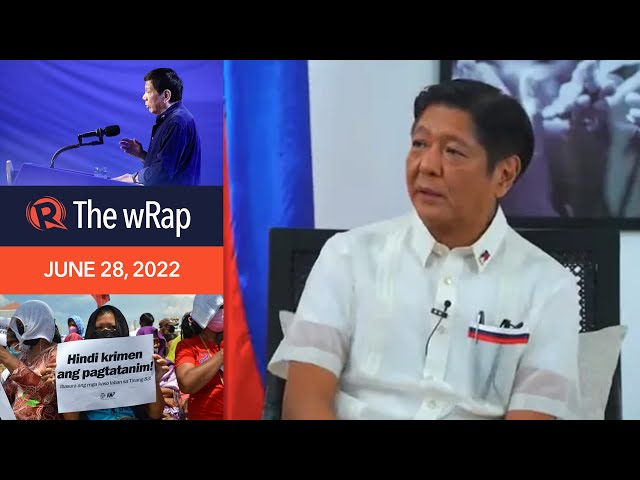 The Supreme Court junks the cases that seek to disqualify and cancel the certificate of candidacy of president-elect Ferdinand “Bongbong” Marcos Jr.

The failure of Philippine authorities to satisfactorily look into killings by the alleged Davao Death Squad prompts International Criminal Court Prosecutor Karim Khan to ask the Court’s pre-trial chamber to reopen investigation into the Philippines.

The health department warns daily COVID-19 cases in the Philippines may reach up to around 17,105 by the end of July if Filipinos continue being complacent.

A court in Capas, Tarlac junks, on Monday, June 27, charges of illegal assembly and malicious mischief against 83 people, including farmers and land reform advocates.

A special Southeast Asian envoy for the crisis in Myanmar on Monday, June 27, urges its military rulers not to hold deposed leader Aung San Suu Kyi in prison. – Rappler.com