Cusi to Pacquiao: I can do both Cabinet and party duties | Evening wRap 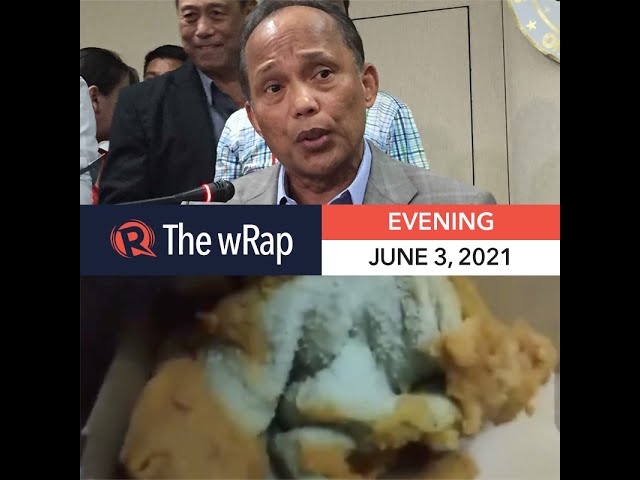 Energy Secretary Alfonso Cusi says Thursday, June 3, he was never remiss in his duties at the energy department even when he presided over the PDP-Laban national meeting amid blackouts throughout Luzon.

A murder complaint and an administrative case are filed against Police Master Sergeant Hensie Zinampan, the policeman who shot and killed a 52-year-old woman in Quezon City.

The Duterte administration pushes back on Manila Mayor Isko Moreno’s suggestion for the national government to drop its policy of requiring Filipinos to wear face shields in public.

Jollibee Foods Corporation closes down one of its branches in Bonifacio Global City for three days after a customer received a ‘deep fried towel’ instead of fried chicken.

Former United States President Donald Trump’s blog page shuts down a month after its launch. Trump aide Jason Miller on Wednesday, June 2, says the page, which was called ‘From the Desk of Donald J. Trump,’ will not be returning. – Rappler.com