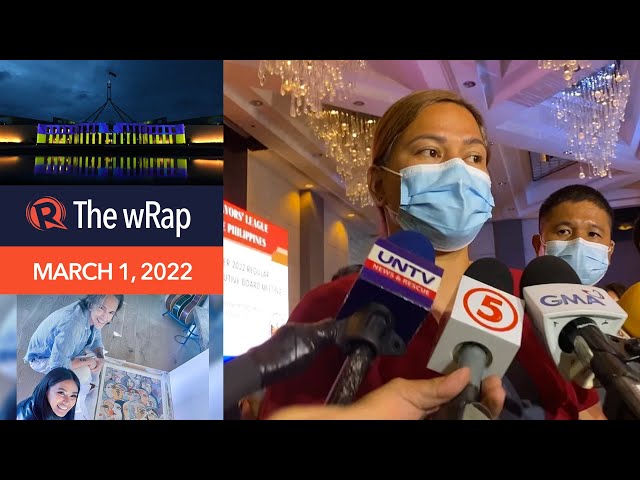 Now that she is running for vice president of the Philippines, Davao City Mayor Sara Duterte has gone from being supportive to passive on the issue of renewing ABS-CBN’s franchise. She says the issue of granting franchises is in the hands of Congress.

In areas under Alert Level 1, the Department of Health says asymptomatic individuals who are close contacts of a positive case are no longer required to quarantine if they are fully vaccinated.

The campaign manager of Ferdinand ‘Bongbong’ Marcos Jr and Solicitor General Jose Calida issue similar statements Monday, February 28. They question Rappler’s partnership with the Commission on Elections for the May 2022 elections.