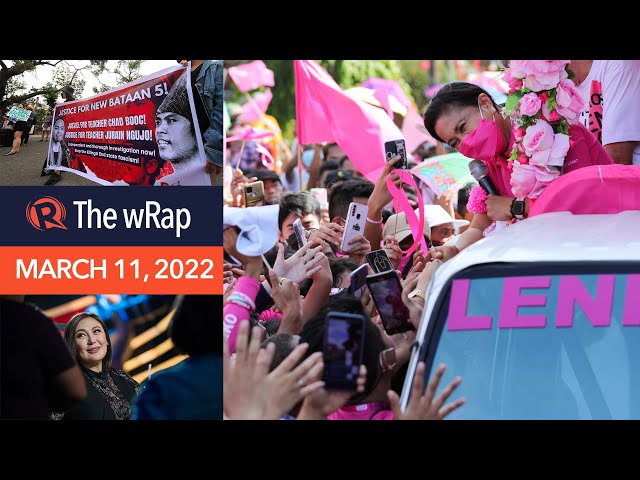 The autopsy report on Lumad rights activist Chad Booc, who was killed along with four others in an alleged encounter with soldiers in Davao de Oro, raises questions on the military’s claims.

United States President Joe Biden calls for an end of normal trade relations with Russia and allows increased tariffs on Russian imports as punishment for its invasion of Ukraine.

Sharon Cuneta calls out senatorial candidate Sal Panelo for singing her song at a campaign event in Quezon City. – Rappler.com