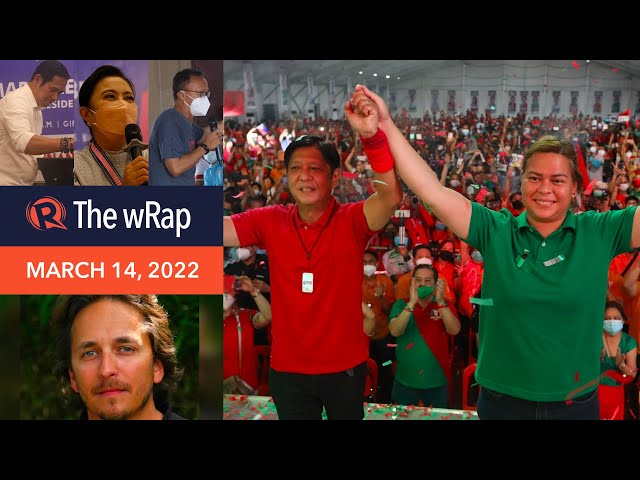 A February 2022 Pulse Asia survey reveals that Ferdinand ‘Bongbong’ Marcos Jr maintains his lead over his closest rivals in the presidential race, with 60% among 2,400 respondents saying they would vote for him.

Past controversies threaten the confirmation of the newest female commissioner of the Commission on Elections.

Russian forces shoot and kill an American journalist and wound another in the town of Irpin, in Ukraine’s Kyiv region.