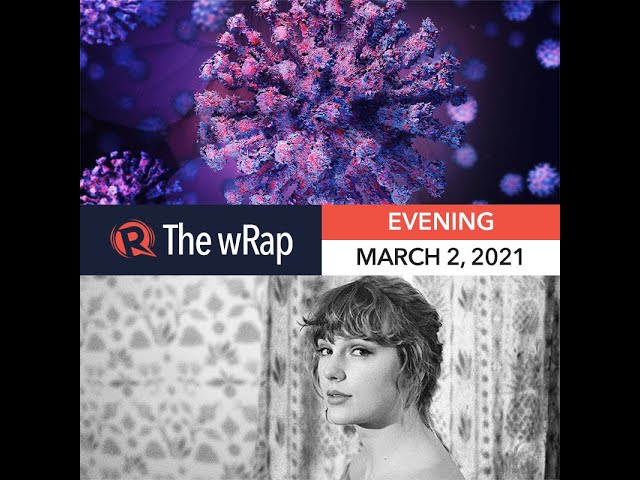 The health department says Tuesday, March 2, the South African variant of COVID-19 is in the Philippines. There are now 6 cases of this virus type in the country.

The Court of Appeals once again closes the rebellion case against key opposition leader Antonio Trillanes IV, ruling a Makati judge committed grave abuse of discretion in reopening the trial.

President Rodrigo Duterte dismisses former Philippine ambassador to Brazil Marichu Mauro from her post. Mauro is now disqualified from holding public office or from entering the civil service after being found to have abused her household helper.

Alibaba and Ant Group founder Jack Ma is no longer China’s richest man, after his empire was put under heavy scrutiny by Chinese regulators.

Taylor Swift hits back at Netflix after a sexist joke about her on a show on the streaming platform. – Rappler.com