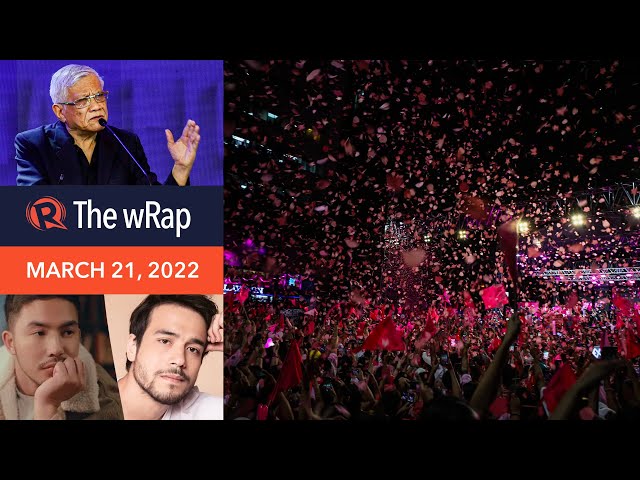 Around 130,000 supporters of Vice President Leni Robredo troop to Pasig City Sunday, March 20, in what is deemed the biggest grand rally of the Leni-Kiko tandem since the start of the campaign.

Vice President Leni Robredo demonstrates her strength in crafting policies rooted in data as she faces off with her eight male rivals in the first Comelec presidential debate.

In testimonies that stunned senators, witnesses implicate at least two policemen in one abduction case among the string of disappearances of cockfighters since 2021.

The PNP files a complaint against actor Kit Thompson for allegedly beating and detaining his girlfriend, actress Ana Jalandoni. Meantime, the Makati prosecutor’s office clears actor Tony Labrusca of the acts of lasciviousness charge filed against him in 2021. – Rappler.com