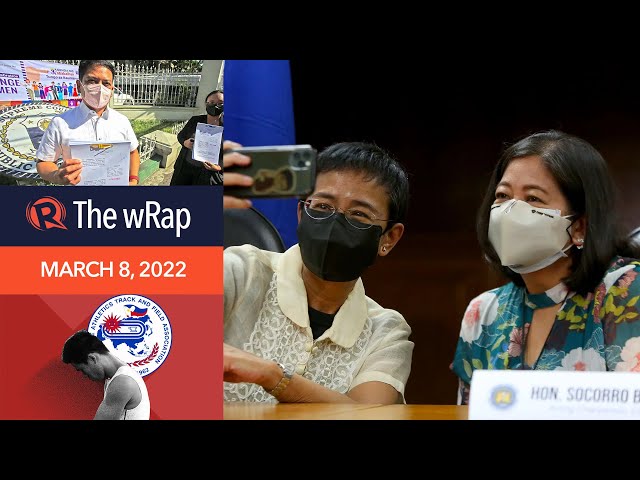 The Comelec succumbs to pressure from Solicitor General Jose Calida, moving to suspend its fact-checking memorandum of agreement with Rappler.

The Supreme Court on Tuesday, March 8, issues a temporary restraining order to stop the Commission on Elections’ Oplan Baklas.

Moscow warns that the price of oil may rise to $300 dollars a barrel due to a Western ban on Russian oil imports. This follows as talks on Ukraine hardly advance amid efforts to agree on civilian safe passage.

Pole vault star EJ Obiena is not on the list of athletes the Philippine Athletics Track and Field Association, or PATAFA, intends to send to the 31st Southeast Asian or SEA Games in Vietnam this May. – Rappler.com