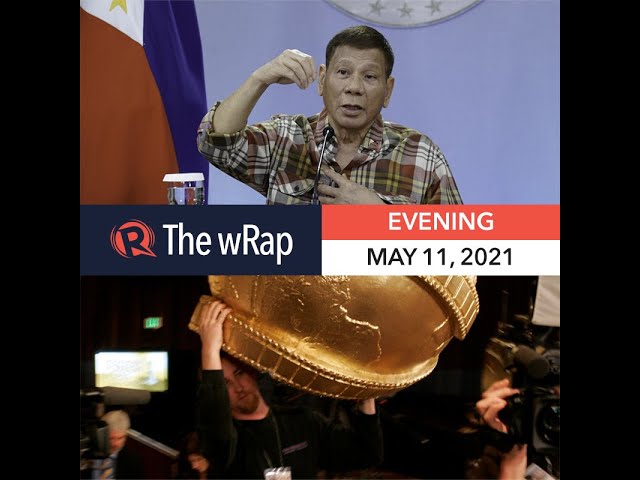 President Rodrigo Duterte on Monday, May 10, scoffs at those who literally believed his 2016 campaign promise to ride a jet ski to the West Philippine Sea.

The health department on Tuesday, May 11, reports two cases of the “double mutant” variant of COVID-19 called B1617, which was first found in India in October 2020.

Presidential Spokesman Harry Roque insists Julian Felipe Reef is outside the country’s exclusive economic zone or EEZ, even after Philippine defense officials and foreign departments said the reef is within the zone.

The country’s GDP shrinks to 4.2% in the first quarter of 2021. It is the fifth consecutive quarter that the country registered negative GDP growth due to the pandemic, making it the longest recession since the Marcos years.

US TV network NBC announces Monday, May 10, it will no longer broadcast the Golden Globes ceremony in 2022. The group that hands out the annual awards draws flak over its ethics and lack of diversity. – Rappler.com