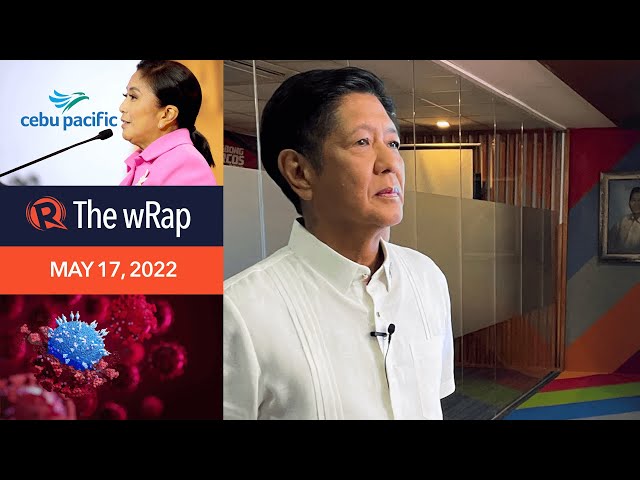 Civic leaders backed by human rights lawyers ask the Supreme Court to cancel the certificate of candidacy of Ferdinand ‘Bongbong’ Marcos Jr. The group of former Supreme Court spokesperson Ted Te files the petition for certiorari before the Court, Monday, May 16.

The health department on Tuesday, May 17, confirms the local transmission of the more contagious Omicron subvariant BA.2.12.1, which is steadily becoming more prominent in the United States.

The Bureau of Internal Revenue holds off on padlocking Andrew Tan’s Megaworld Corporation on Wednesday, May 18. This, after BIR issues a media advisory on Tuesday, May 17, stating it would issue a closure order at Megaworld’s main office in Bonifacio Global City.