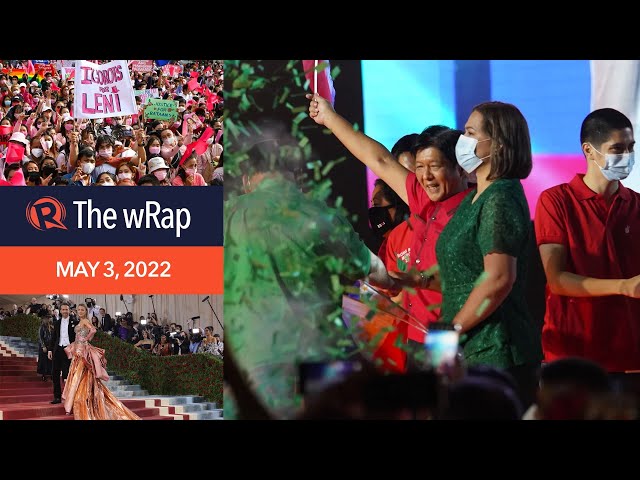 Around 10,000 Cordillerans gather in Baguio City Monday, May 2, to show support for presidential bet Vice President Leni Robredo, resisting the ‘Solid North’ tag in a province considered to be the bailiwick of the Marcoses.

Manila Mayor Isko Moreno, on World Press Freedom Day, promises he would not ban reporters from Malacañang nor order the closure of media firms if he wins the presidency on May 9.

President Rodrigo Duterte says he will order the halt of online cockfighting. This, after initially hyping its economic benefits.

Top stars from Hollywood and personalities in the fashion industry gather Monday, May 2, for the annual Met Gala at the Metropolitan Museum of Art in New York City. – Rappler.com