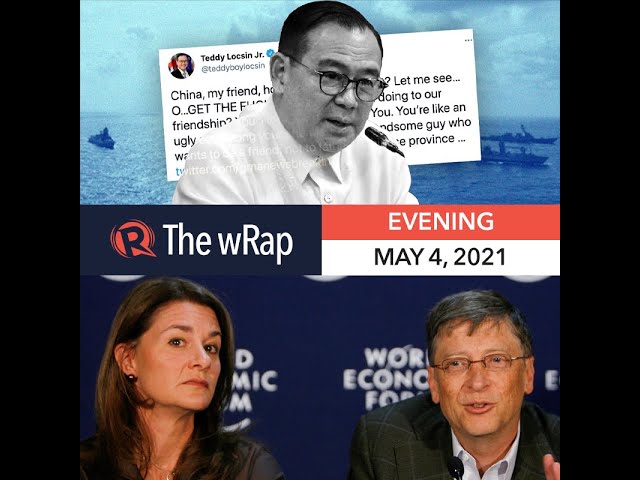 Foreign Secretary Teodoro Locsin Jr apologizes to Chinese Ambassador Huang Xilian for cursing China in a tweet. On Monday, Locsin told China to “get the fuck out,” referring to Chinese ships still in the West Philippine Sea.

Vaccine czar Carlito Galvez Jr admits on Tuesday, May 4, the Philippines may have to adjust its vaccination target this year as India focuses its vaccine supplies to its own population.

Billionaire couple Bill and Melinda Gates are getting divorced. In a joint announcement posted on Bill’s Twitter on Monday, May 3, the couple decides to end their marriage of 27 years.