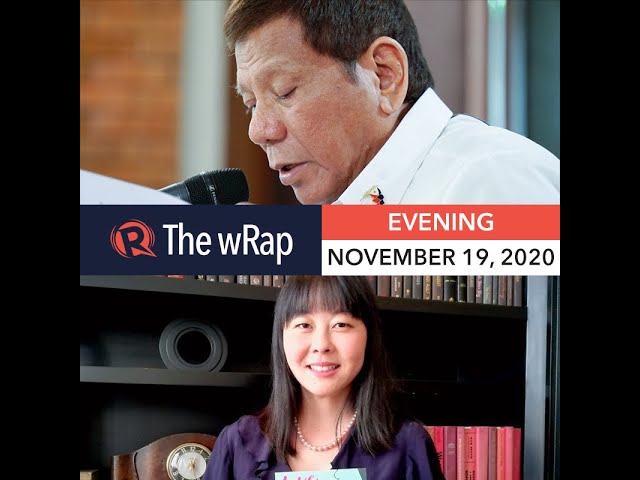 After President Rodrigo Duterte made a controversial speech laden with lies and threats against the Vice President, his spokesperson Harry Roque comes to his defense, saying the President ‘has always been that way.’

The University of the Philippines belies President Rodrigo Duterte’s claim that the premier state university is ‘recruiting communists.’

Internet poet Lang Leav trends on Twitter Thursday, November 19, after she responds to a tweet poking fun at her writing style.

Videos circulating on social media say ABS-CBN’s YouTube channels were terminated due to violations of its terms of service about placing third-party advertisements. This claim is false. – Rappler.com