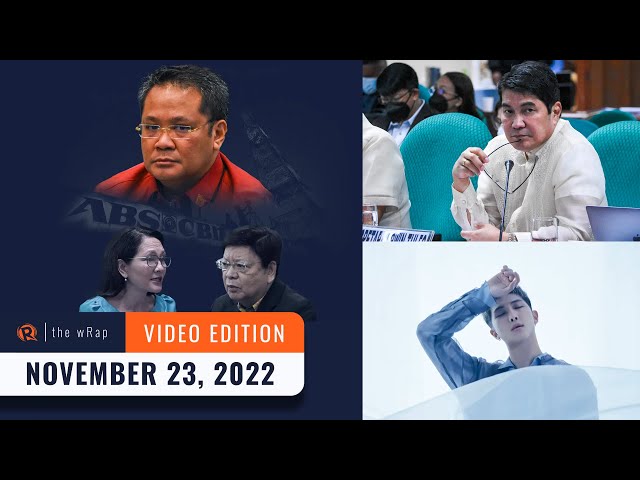 Senator Risa Hontiveros and SAGIP Representative Rodante Marcoleta clash on the issue of press freedom, as Commission on Audit Chairman Gamaliel Cordoba faces the Commission on Appointments over his role in the shutdown of ABS-CBN in May 2020.

The Commission on Appointments defers the confirmation of Department of Social Welfare and Development Secretary Erwin Tulfo over his American citizenship and a libel conviction.

Cristiano Ronaldo parts with Manchester United ‘with immediate effect.’ The Premier League club confirms the news in a statement, thanking Ronaldo for his contributions and wishing him well.

Martika Ramirez Escobar’s ‘Leonor Will Never Die’ is nominated for best international film at the 2023 Spirit Awards in California.

BTS releases an identity film for R-M’s upcoming solo album ‘Indigo.’ The 45-second video teases ARMYs on what to expect for the BTS leader’s release. — Rappler.com