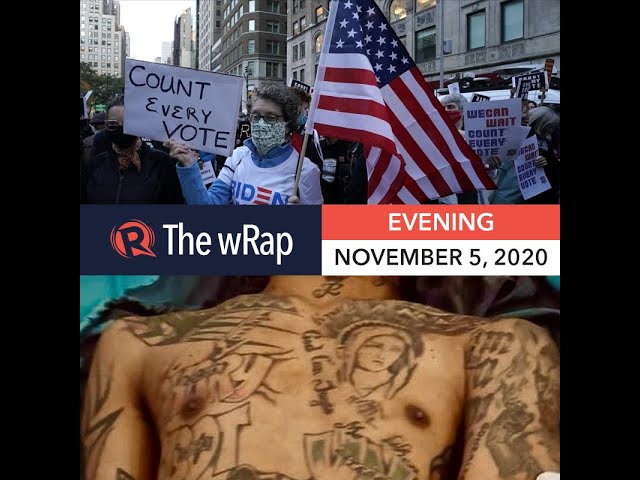 Thousands of Biden supporters march Wednesday evening, November 4, in New York demanding every vote be counted. Meantime, some Trump supporters protest in Detroit demanding a halt to ballot counting in the key state of Michigan.

It’s a scene straight out of an action film: a gunman shooting a victim thrice in the head, but just when the victim survives and is brought to the hospital, the gunman walks straight to the victim’s bed to shoot him again, twice. This is how 27-year-old Vincent Adia was killed Wednesday, November 4 in Angono, Rizal.

The energy department says it is targeting the full restoration of power in Catanduanes before Christmas as the province recovers from the damages brought about by Super Typhoon Rolly.

A post claiming media outlets did not report on President Rodrigo Duterte’s response to Super Typhoon Rolly or Goni is false. – Rappler.com