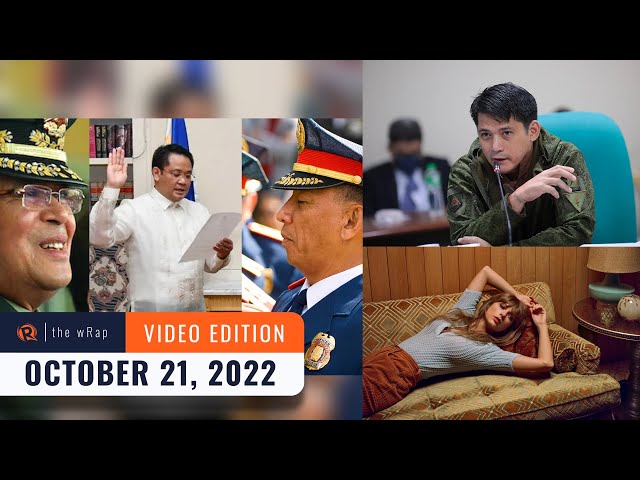 Carmona in Cavite will no longer be the richest Philippine municipality once it is converted into a component city.

A survey by the Social Weather Stations reports around 12.6 million Filipino families consider themselves poor in the first few months of the Marcos administration.

Following, Liz Truss’ resignation, many Conservatives think Rishi Sunak is the only one who can solve the party’s woes.

British actress Judi Dench calls on Netflix to add a disclaimer to royal drama ‘The Crown,’ joining others criticizing the series’ fictionalized storylines.

Taylor Swift releases her much-awaited album ‘Midnights,’ Friday, October 21. She also shares a teaser trailer for the music videos of the 13 tracks. — Rappler.com