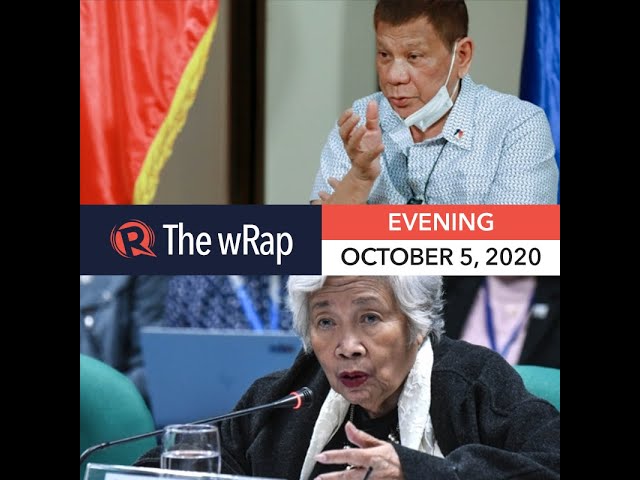 President Rodrigo Duterte’s performance rating soars to 91% in the first major nationwide survey during the coronavirus pandemic. 5% disapproves of Duterte while 5% are undecided.

United States President Donald Trump is seen wearing a mask and waving to his supporters from inside his bulletproof vehicle after briefly going out of Walter Reed military medical center.

A video uploaded by YouTube channel Summit Media Philippines claims Actress Angel Locsin formally announced she is running for senator under the Liberal Party in the next elections. This claim is FALSE. – Rappler.com