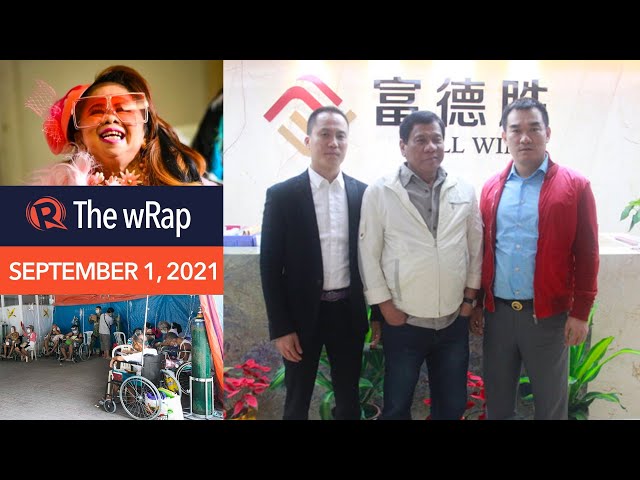 The Philippines on Wednesday, September 1, reaches a grim milestone as COVID-19 cases in the country breach the 2-million mark.

Executives of Pharmally International Holding Company and a business associate of Michael Yang, President Rodrigo Duterte’s ex economic adviser, are on the run from the Taiwan government for alleged financial crimes.

The Commission on Elections will allow the conduct of voter registration in areas under modified enhanced community quarantine or MECQ beginning Monday, September 6.