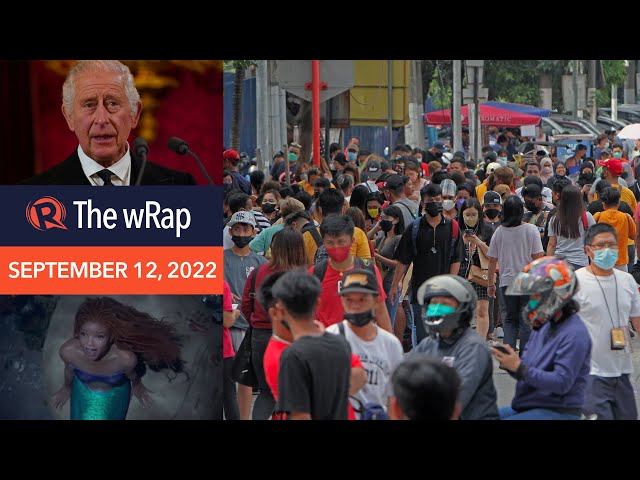 Wearing of face masks when outdoors is now optional in the Philippines.

King Charles pledges on Saturday, September 10, to follow the example of his late mother.

Queen Elizabeth’s coffin began a six-hour journey from her summer home in the Scottish Highlands to Edinburgh on Sunday, September 11, as thousands lined the route in tribute to the late monarch.

Disney+ on Saturday, September 10, releases the highly-anticipated teaser for the live-action adaptation of The Little Mermaid. – Rappler.com