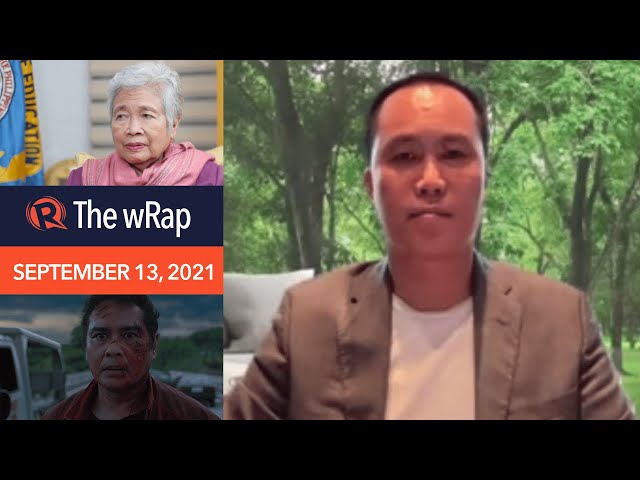 Education Secretary Leonor Briones says the school opening on Monday, September 13, is a ‘celebration of victories and successes.’ This, with only over 24 million Filipino students back in classes, compared to last year’s 26.6 million students.

Vice President Leni Robredo criticizes the proposal of Ombudsman Samuel Martires to impose jail time on those who make commentaries on public officials’ Statement of Assets, Liabilities, and Net Worth or SALN.

Presidential Spokesperson Harry Roque believes the person who leaked a video of his outburst at health experts during a pandemic task force meeting violated the law.

Filipino actor John Arcilla wins Best Actor at the recently concluded 78th Venice Film Festival in Italy for his performance in the movie On The Job: The Missing 8. Meantime, Britney Spears is engaged to actor and fitness enthusiast Sam Asghari after dating for more than 4 years. – Rappler.com

IN PHOTOS: 2nd pandemic school opening in the Philippines