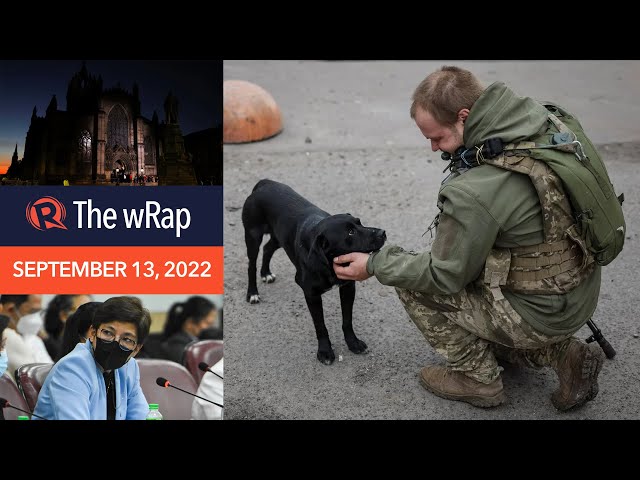 Several programs of the health department face budget cuts in the National Expenditure Program or NEP. Among the programs facing budget cuts are the pandemic response, healthcare support for cancer patients, and COVID-19 allowance for healthcare workers.

The Bureau of Corrections releases 371 persons deprived of liberty or PDLs from the New Bilibid Prison and other corrections facilities in the country.

Queen Elizabeth II’s coffin will be flown to London Tuesday, September 13, at the end of 24 hours of lying at rest in Edinburgh’s historic cathedral, where her son King Charles and his three siblings held a silent vigil.

The Emmy awards, the highest honors in television, sees both new and repeat winners at a live ceremony on Monday, September 13.