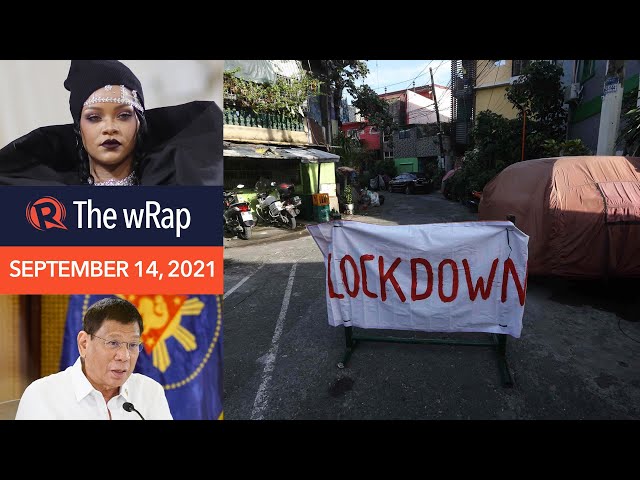 Metro Manila will be placed under the highest alert level under general community quarantine or GCQ when the region shifts to an experimental lockdown scheme Thursday, September 16.

The justice department puts key figures in the Pharmally controversy on the immigration watchlist. This, as the Senate probe into the government’s pandemic contracts continues.

President Rodrigo Duterte on Tuesday, September 14, says he will require members of his Cabinet to secure his clearance before attending Senate hearings.

The Met Gala makes a dazzling return as top stars from Hollywood and the fashion industry gather Tuesday, September 14, Manila time, with the theme ‘In America: A Lexicon of Fashion.’

Filing of candidacies for 2022 begins in the Philippines | Evening wRap

LIST AND UPDATES: Areas under granular lockdown in the Philippines