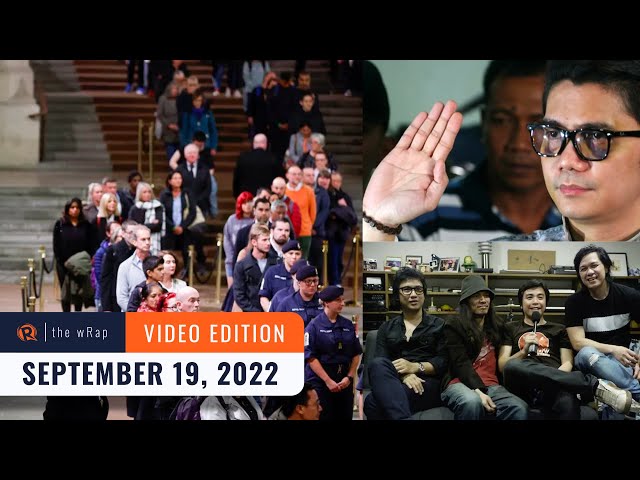 Leaders and monarchs from around the world gather in London on Monday, September 19, to bid farewell to Queen Elizabeth II.

Around 30 armed men are encamped in the vicinity of Masungi Georeserve in Tanay, Rizal since September 3.

A Taguig court orders the arrest of comedian-host Vhong Navarro for the acts of lasciviousness case filed by model Deniece Cornejo.

This is not a drill! Eraserheads is finally reuniting! The announcement comes after the four members posted an image of the band’s logo – a backwards “E” – at around the same time.

Dennis Padilla cries foul over the remarks made by his daughter Julia Barretto in an interview, saying he should also be given the opportunity to air his side. — Rappler.com