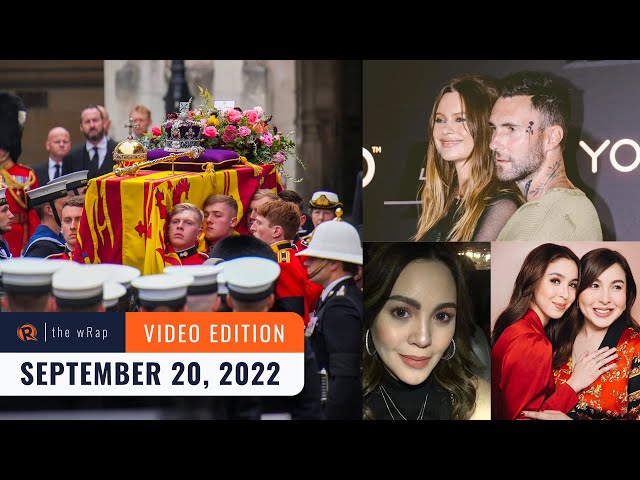 World leaders from about 200 countries and territories, pay tribute in two minutes of silence at the state funeral of Britain’s departed Queen Elizabeth II.

President Marcos is given the honor of ringing the closing bell of the New York Stock Exchange trading floor. Marcos visits the NYSE as one of his first public activities during his working visit to the United States.

A new study finds about 20% of search results delivered by TikTok contain misinformation. Published by US-based site NewsGuard, the report was written by journalists who track online misinformation.

Marjorie and Claudine Barretto defend Julia Barretto in her rift with her father, actor Dennis Padilla. Padilla reacted to Julia’s statements about their family, saying his children only know ‘half the truth.’

Adam Levine, front man of pop band Maroon 5, is accused of having an affair with an online influencer. The supposed mistress claims the singer plans to name his unborn baby after her.