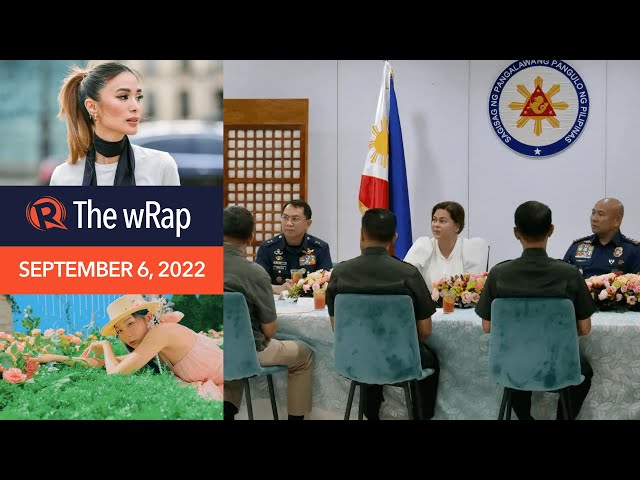 Vice President Sara Duterte meets with commands and deputies of the country’s security sector on Monday, September 5, her first workday as the country’s interim top official.

Liz Truss is named Britain’s next prime minister, winning at a time when the country faces a cost of living crisis, industrial unrest, and a recession.

Novaya Gazeta, one of Russia’s last independent news outlets, was stripped of its media license on Monday, September 5, and in effect banned from operating.

Heart Evangelista opens up about dealing with “personal struggles” recently, saying there’s a “lot of pressure in [her] life.”

Exciting times ahead, Reveluvs! SM Entertainment confirms Red Velvet’s Seulgi is debuting as a solo artist this October, according to a Soompi report.

Belle Mariano is named one of the recipients of the Outstanding Asian Star Prize at the Seoul International Drama Awards 2022, for her role in He’s Into Her. — Rappler.com