Questions about what he was doing during the pandemic and why he ran for president despite saying otherwise in 2016 were among the issues the dictator’s namesake were unable to answer.

“He has the frontrunner’s privilege. Since he’s not really a good debater, I think his strategy now is less talk, less mistake,” said Rappler columnist John Nery in In The Running. 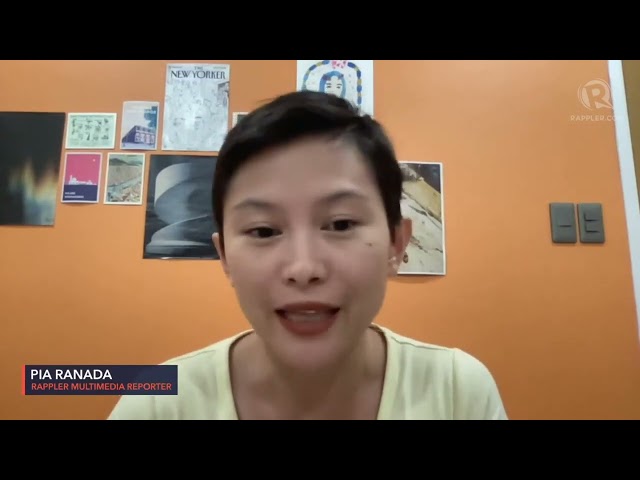 Marcos and his team have been pushing for a “unity” campaign spiel, encouraging positive messages despite a high-stake elections.

“That’s a wrong framing of the election. Mudslinging, using their term, is not necessarily bad because we are sizing up the candidates and Bongbong Marcos has a lot of explaining to do, and many people would like to ask him a lot of questions,” Rappler’s Lian Buan said, who covers the Marcos campaign.

CNN Philippines laid down the groundwork for other bets to criticize Marcos, but only Vice President Leni Robredo grabbed the opportunity.

Robredo did so without naming Marcos himself. She was also able to do so while providing concise, sharp answers given the limited time each candidate had.

“(Leni Robredo) was practically running out of breath trying to list down all the things her office did in the days, weeks, and months that followed the first ECQ (enhanced community quarantine),” said Sofia Tomacruz, Rappler’s pandemic response reporter. 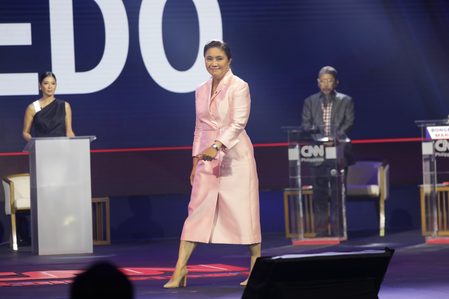 Meanwhile, other candidates played it safe and avoided pointing out Marcos’ absence.

“(Isko Moreno) wanted to play it safe and sticked to the same messaging of buhay at kabuhayan (life and livelihood), ‘I get things done,’ we’ve heard that in past interviews, past debates,” Pia Ranada said.

Ranada highlighted that Moreno, who currently ranks third in pre-election surveys, did not use the debates as an opportunity to take a swipe at frontrunner Marcos.

“I thought that Isko wants to be (President Rodrigo Duterte’s) anointed candidate, and for him to be considered, he needs to prove he can take on Marcos and be the real alternative to Leni Robredo. He really just played it safe,” Nery said.

Senators Manny Pacquiao and Panfilo Lacson kept the focus on platforms and track record and did not address Marcos’ absence in the debates.