In case you missed my newsletter on greed last week, here it is.

This is one glitter worth a brag and a celebration: the Philippine team has harvested, as of Monday noon, December 2, at least 28 golds in the 2019 Southeast Asian Games that we’re hosting in various venues in and outside Metro Manila. And it’s only the second day of the Games.

The haul looks promising, considering that in the last SEA Games of 2017, we only managed 24 golds overall, making us finish 6th.

Look at our medal tally in this page. The tally for all participating countries, and everything you need to know about the Games, can also be found here. 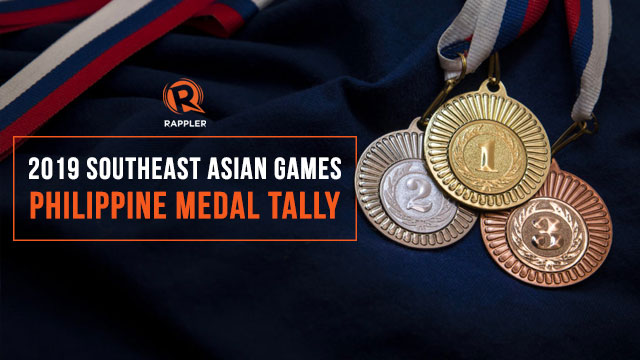 But me being me, I will also bring the bad news attached to the Games.

While the road to it was paved with good intentions, it’s riddled with holes that are being covered up now by the massive propaganda network of those who should be made to account for all the money spent on the Games.

As we discussed in our editorial on Monday, December 2, let’s follow the money.

In the case of the SEA Games, House Speaker Alan Peter Cayetano wanted so bad to be in the lead – and the only reason we know that is the money trail that kept on following him, as written by Rappler reporter Mara Cepeda.

In the then-proposed 2019 national budget, Cayetano wangled executive and legislative approval to move the SEA Games budget to the Department of Foreign Affairs (DFA). After he left DFA, the department would have nothing to do with the SEA Games money.

So the fund was transferred to the Philippine Sports Commission, which disbursed the money to this strange animal called Phisgoc, a private foundation run by public officials. Cayetano's defense now is that he had been Phisgoc head when he was DFA secretary, thus his initial request to lodge the fund with the department.

In the last few days, the journalism world was glued to the power meltdown in Malta over the investigation into the 2017 murder of its most prominent journalist, Daphne Caruana Galizia. (Check out the Daphne Project that pursued corruption stories after her death.)

Daphne had been exposing corruption in Malta, particularly the links of its leaders to offshore accounts that were discovered in the Panama Papers investigations done by journalists from at least 80 countries who pored over millions of leaked documents. Because she followed the money, she was murdered in a car bomb. Because investigators and her relentless family followed the money, they have unmasked her killers. Reuters reported that the men who put the bomb that killed Daphne were paid 150,000 euros (about $165,000).

The arrests came in quick succession last week, raising the likelihood they would trigger no less than the resignation of Malta Prime Minister Joseph Muscat, whose office had links with a flamboyant Malta businessman, Yorgen Fenech – identified as the owner of a mysterious company called 17 Black that Daphne had exposed.

The SEA Games will continue until Wednesday next week, December 11.

We’re on a typhoon watch this week, as Typhoon Tisoy (Kamurri) accelerated Monday morning, December 2. It is expected to make landfall in 3 areas in Bicol either Monday evening or early Tuesday, December 3.

On Monday, too, Quezon City Judge Jocelyn Solis Reyes announced that she would hand down the verdict on the Ampatuan massacre on December 19.

Elsewhere, a US congressional panel is meeting on Wednesday, December 4, to determine whether there's sufficient evidence to impeach US President Donald Trump.

The energy department to face the media, expected to tackle questions on China's apparent control of the National Grid Corporation

Apple is holding event to honor its favorite apps this year.

Here's to a productive week ahead! Feel free to email me at glenda.gloria@rappler.com. – Rappler.com