In God's country: This week's outlook

In case you missed my newsletter last week, here it is: Barack, Michelle, and Julia Roberts: This week’s outlook

Imagine rocking and rolling in the first-ever concert of an icon in your country and hearing him mention a name that you know so well. “For Maria Ressa,” Bono said as he segued to “Ultra Violet (Light of My Way),” U2’s song in the early 1990s about an intense relationship but which the band performs when paying tribute to remarkable women in history.

I tried to imagine how Paolo Duterte and Bongbong Marcos, who were among the Philippine Arena crowd that Wednesday night, December 11, felt about it and about the images of Cory Aquino and other female activists that were flashed on the widest LED screen many Filipinos had ever seen in their lifetime.

Some stomachs must have turned, but what were they thinking walking into the U2 crowd a day before Bono sent a "soft message" to President Rodrigo Duterte about human rights and press freedom?

Soon after U2’s Joshua Tree Tour 2019 announced its one-night Manila leg a few months back, I bought tickets to it without blinking – precisely for the one-of-a-kind experience that the December 11 concert gave me. (Recommended read: A U2 primer on music and politics)

It was a night that reminded us we’re in God’s country where – at some point – we can break through. 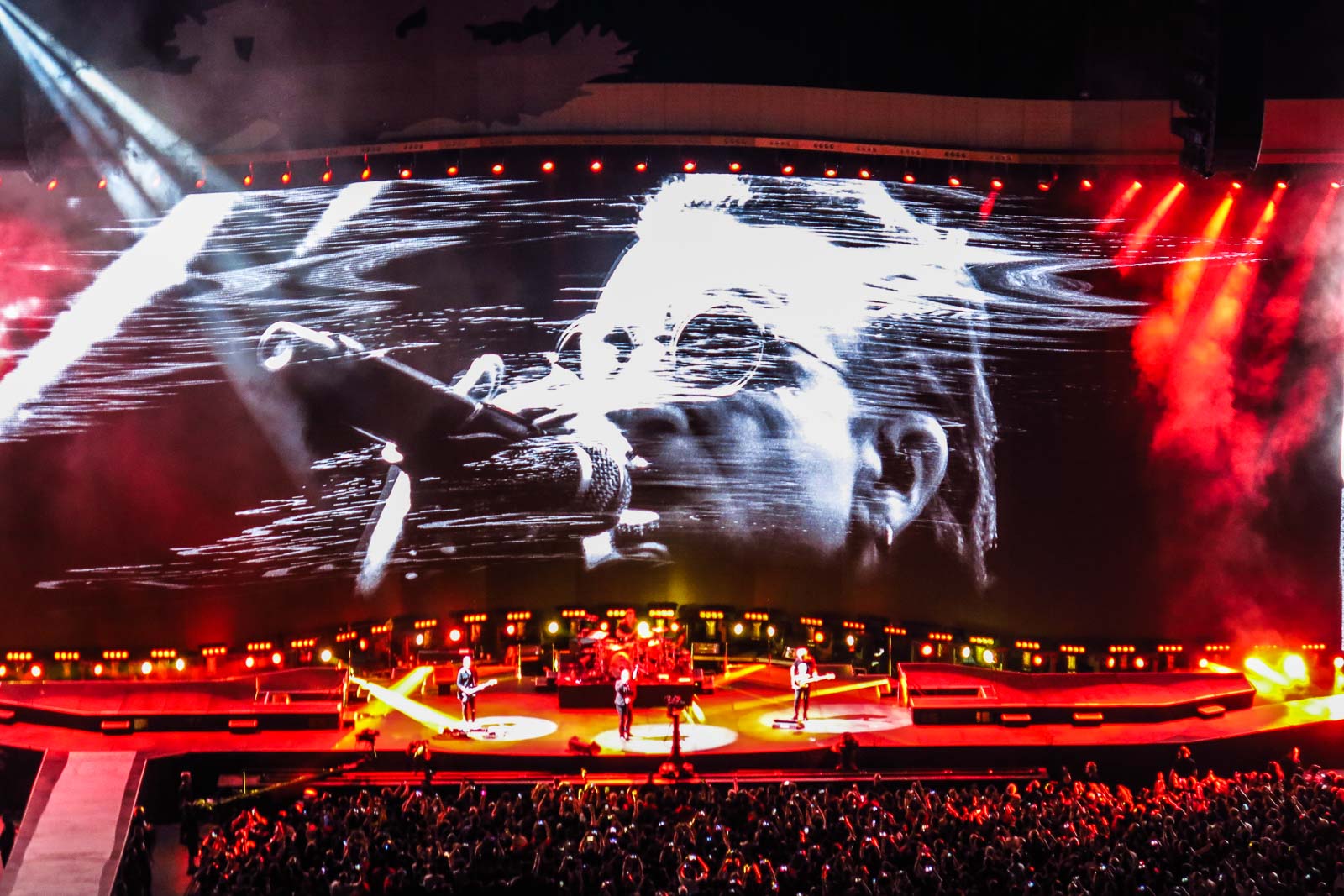 It was also a night that reminded us that the day is dark as the night is long; that we live with the mothers of the disappeared and drug addicts running to stand still; that we continue to witness bloody Sundays and see bullets in the blue sky. How long, we often ask ourselves, how long must we sing this song?

FROM ROCK TO CHACHA

On the same day that Bono wowed Manila, a congressional committee approved an unnumbered resolution seeking to lift restrictions on foreign investments and lengthen the term of members of the House of Representatives.

This calls for charter change, and its approval behind closed doors belies the notion that cha-cha is dead. How could the resolution pass at the committee level without a whimper from the opposition, whose members were present during the closed-door meeting?

With the resolution already going to the House plenary this week, we ask critical questions, as spelled out in our Rappler editorial on Monday, December 16:

The cha-cha debate is more than two decades old, as former presidents were constantly lured to tinker with the Constitution for reasons that many Filipinos considered as merely a ruse to stay in power.

The Philippines’ biggest court verdict this year is set to be promulgated on Thursday, December 19, when a Quezon City court is scheduled to decide on the worst case of media killings in the country’s history – the Ampatuan massacre that killed 58 journalists and Maguindanao residents 10 years ago.

As I told the International Press Institute in an interview in November, a conviction would show the world that there is some accountability for the worst attack on journalists in recent history. But for the country, “it will be a hollow victory as things have not improved. The sad reality is that a lot of people have forgotten, and journalists continue to be killed.”

To refresh your memory, below are some stories related to the case:

Other key events/activities this week:

The Armed Forces will have an advance celebration of its 84th anniversary at Camp Aguinaldo.

A gathering of Muslim leaders takes place in Malaysia, with Iran's President Hassan Rouhani and Turkey's Recep Tayyip Erdogan, among others.

Here's to a happy Christmas to all of you! This newsletter takes a break next week and will resume on December 31, 2019. You may get in touch with me via glenda.gloria@rappler.com.