In case you missed my newsletter last week, here it is: 2020 with a big bang: This week’s outlook (oops, no, I was not thinking of Taal.)

Taal Volcano has probably always been like your first love – the kind that won’t fail you, the type that keeps you afloat despite bad times and bad weather, the beauty that defies gravity and reality. (Recommended read: What you should know about Taal Volcano)

True, it is one of the Philippines’ 24 active volcanoes, but its last major eruption was 4 decades ago. In that period of peace and tranquility (disrupted by volcanic unrest thrice under the Noynoy Aquino regime), Taal Volcano lured millions of Filipinos from all over who needed weekend getaways, or wished to buy a home near it, or planned to start businesses around it, or wanted to build communities among its villages.

In fact, Filipinos could be forgiven for mistaking Taal as being located in Tagaytay City (Cavite), from where it is best viewed. But the volcano is located in the proud province of Batangas – and at some point, in 2011, then-governor Vilma Santos considered proclaiming Batangueño ownership of Taal to the whole world by putting up a Hollywood-style sign on the volcano that screams BATANGAS.

Reason prevailed, but not before she got clobbered online for that. 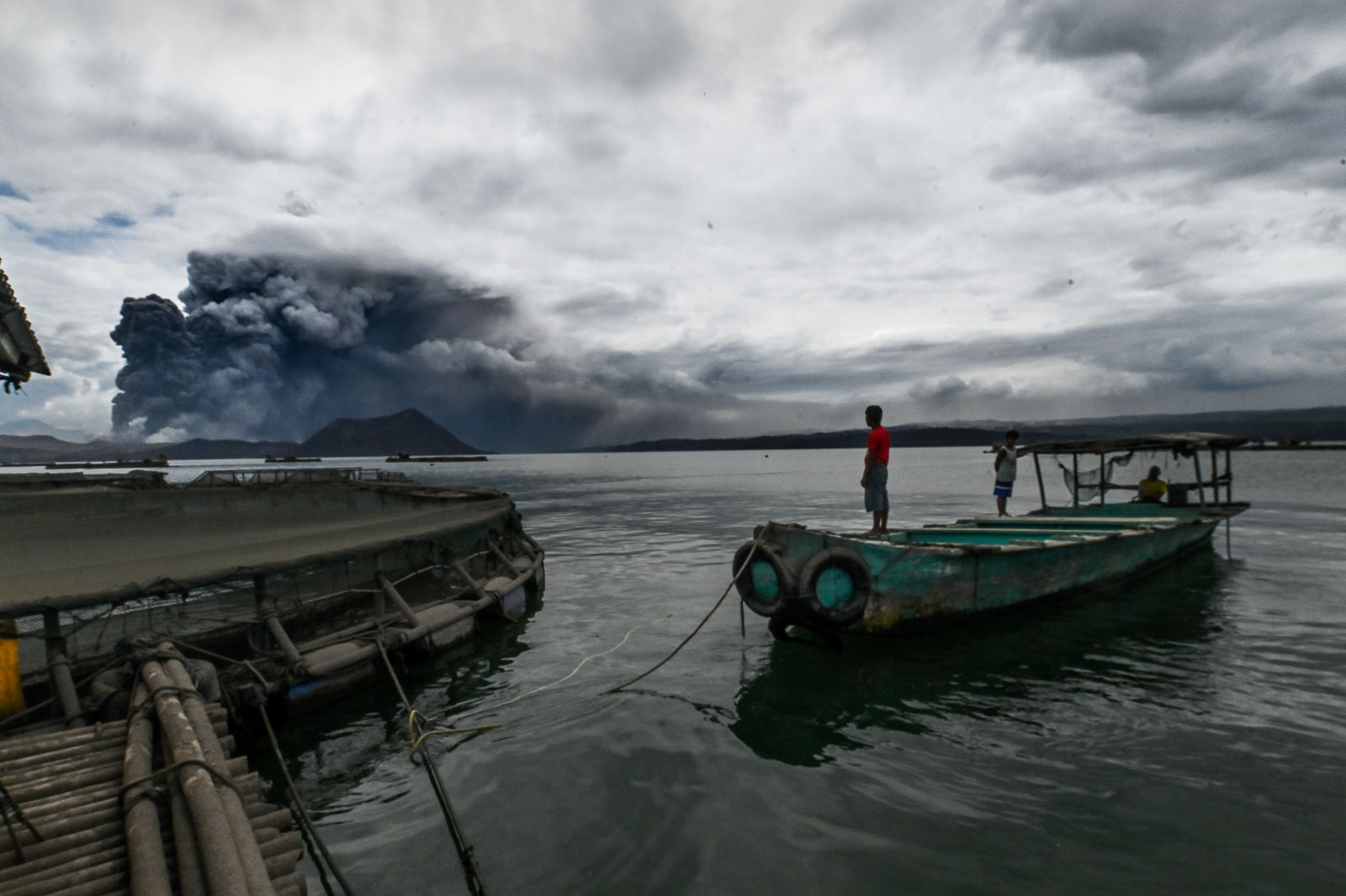 WHAT HAS HAPPENED SO FAR

Batangas, now under a state of calamity, is the worst hit by the explosion of ash from Sunday, January 12, all the way to Monday morning, when Taal Volcano had a magmatic eruption.

Laguna is where we received the first confirmed casualty report.

Here's what we know so far on the affected towns and cities.

For updates and information you need to know – from news alerts to research, to data, to stories, check Rappler’s special coverage #TaalVolcano2020.

How can you help? Be an Agos volunteer! And please help us stop the spread of fake news by exposing and debunking it, like in the case of this fake claim about the disaster.

Prior to Taal’s eruption, we were witness to a tantrum that we hope will not be buried by the ashfall news cycle, because this is one conduct that should not be forgotten by the public and institutions.

At the height of the annual Nazareno feast in Manila on Thursday, January 9, an angry Southern Police chief Brigadier General Nolasco Bathan snatched the cellphone of veteran GMA reporter Jun Veneracion as he was recording a tussle between cops and a devotee of the Black Nazarene.

His superior, Interior and Local Government Secretary Ed Año, did not mince words in saying Bathan was wrong. But will the general be punished for it? After all, Bathan has a track record of controversies. Rappler’s Rambo Talabong wrote this profile: Nolasco Bathan: The general who snatched a journalist’s phone.

Why should the hubris of this general matter? Because it is words and actions like these that fuel impunity in this country, and the consequences have been dire. As we wrote in a Rappler editorial on Monday, January 13: “Let’s not forget that he has a role model in Rodrigo Duterte.”

It will thus be Taal Volcano watch for Philippine newsrooms in the coming days.

For the rest of the week, the Chinese coast guard are visiting Manila from Monday, January 13, to Friday, January 17.

On Thursday, January 16, 2020, Prince Harry will be hosting the Rugby League World Cup 2021 draws, a week after he left his frontline role. On the same day, a Singapore court begins the hearing on the first legal challenge to the misinformation law.

On Friday, January 17, 2020, China's Xi Jinping makes his first visit as president to Myanmar, while climate activists plan to hold a demonstration with Greta Thunberg in Switzerland.