In case you missed my newsletter last week, here it is: Will February be calmer? This week's outlook

With guns blazing, Solicitor General Jose Calida opened the week on Monday, February 10, with a shock petition against ABS-CBN before the Supreme Court, asking the justices to void the franchise of the Philippines’ top media company. We should all look at this for what it simply is: a two-pronged attack to bring down ABS-CBN through judicial action and legislative fiat, whichever would come first.

The franchise of the Lopez-led company is expiring on March 30. Various bills for its renewal are pending and up for discussion before the House of Representatives, which has the sole mandate to issue franchises.

Note that the House, though, is packed with political animals who, while loyal to President Rodrigo Duterte, are also sensitive to how their constituents would feel about a vote against ABS-CBN – which has in its bank of stars the likes of Vice Ganda, Coco Martin, Angel Locsin, among others, who have endorsed politicians in previous campaigns. ABS-CBN referred to that kind of mass support in their statement slamming Calida’s move.

The Supreme Court petition thus opens another route to pin down the current media pet peeve of onion-skinned Duterte. It jumps the gun on Congress. And it also raises before the justices – for the first time – the legality of Philippine Depositary Receipts as a financial instrument resorted to by media companies such as ABS-CBN, GMA, and Rappler. Calida already previously used the PDRs to trigger legal attacks against Rappler.

Now if only Calida’s efficiency, doggedness, and surgical precision were applied to governance – the kind that calms a nation in the face of the coronavirus, the type that acts upon evacuees’ woes after the Taal Volcano eruption, or simply one that tries to end our traffic nightmare.

The man is certainly earning his keep. In 2017, Calida was the 4th highest paid national government official with P11 million in salaries and allowances for that year. Despite the fat fees, his office had an unprecedented one million cases in backlog for 2017.

Who is Jose Calida? Read this profile we wrote in 2017. 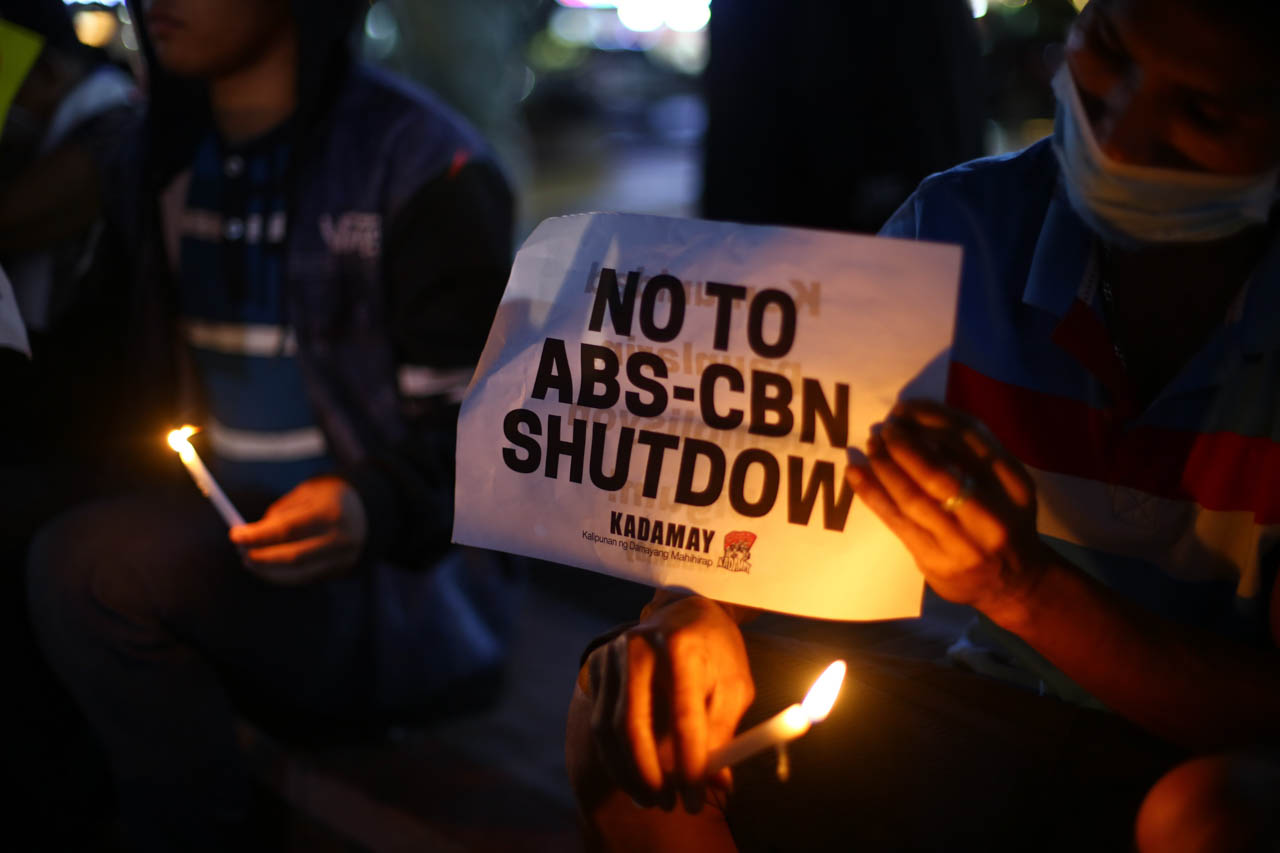 RALLY FOR ABS-CBN. Journalists and media practitioners gather in Quezon City on February 10, 2020 to protest the Supreme Court case against the media company. Photo by Jire Carreon/Rappler

Since becoming president in 2016, Duterte has not hidden his disdain for ABS-CBN, often blasting them for supporting his rivals in the presidential campaign and being owned by "oligarchs."

PH-US VISITING FORCES AGREEMENT. Despite Duterte’s order to terminate the PH-US Visiting Forces Agreement, his foreign secretary stressed at a Senate public hearing on Thursday, February 6, that doing so would be risky.

CONFIDENTIAL FUNDS. After blasting the apparent hasty release of confidential funds of the Department of Information and Communications Technology (DICT), resigned undersecretary Eliseo Rio Jr issued a joint statement with DICT Secretary Gringo Honasan to clarify that he was not alluding to any anomaly in the transactions.

But without Rio’s noise, this fact would have not reached the public: that the DICT was allotted P400 million in confidential funds in 2019, and that P300 million of it was released in 3 tranches in the last quarter of last year.

For 2020, the DICT’s confidential funds doubled to a whopping P800 million, second only to the Office of the President and more than the government’s anti-drug unit, the Philippine Drug Enforcement Agency. Read our story here.

On Tuesday, February 11, the World Health Organization will hold an international conference on coronavirus vaccine research in Geneva. Tuesday is also the first primary for the US presidential campaign in New Hampshire.

The Philippine Senate and the House will be holding separate hearings on Tuesday, February 11, and Wednesday, February 12, on the economic impact of the coronavirus outbreak.

It's Valentine's Day on Friday, February 14! Scared to go out due to the virus risk? Here's a list of TV shows and movies to binge on.