Letter to DOTC, LTFRB: We’re the ones braving the harsh streets of Manila

Aug 14, 2015 2:05 PM PHT
James Deakin
Facebook Twitter Copy URL
Copied
'Times are changing. And we need our government agencies to keep up. We all understand the need for regulation, so long as it not at the cost of innovation.'

Editor’s note: This is an open letter to the Department of Transportation and Communications (DOTC) and the Land Transportation Franchising and Regulatory Board (LTFRB). It is a rejoinder to LTFRB Chairman Winston Ginez’ Facebook post clarifying allegations that DOTC and LTFRB are being “so unreasonably hard on Uber.” (READ: LTFRB to Uber: No one is above the law)

Hi, I just read your official response to my post about the premium taxis.

Firstly, thank you for your swift reply. I genuinely appreciate it. How I wish we could all enjoy the same response time when we complain about far more serious things, like reckless and speeding buses, cab drivers that rape, rob and extort their passengers, jeepneys that break every safety, environmental, and traffic rule ever written by God and man, as well as countless other blatant violations that assault us every time we hit the road. But for the sake of clarity, let’s go back to Uber and the Premium taxis.

Regarding the allegation that Premium Taxi was created to compete with Uber and GrabCar being without basis, I think we misunderstand each other. I am not against premium taxis competing against Uber. To the contrary, I’m actually all for it. I’m only concerned about premium taxis replacing Uber. Or competing unevenly. Big difference. (READ: LTFRB to start unregistered Uber, GrabCar clampdown)

Introducing fair competition into the market is what made Uber and Grab so successful so far, so I would be a hypocrite if I felt any other way. In fact, as inefficient and unsafe as our taxi system is as a whole, had Uber and Grab replaced it, I would be just as up in arms as I believe in the power of choice. And that is all that we, the riding public, are fighting for here. Nothing more, nothing less.

To your credit, your reply was fair, very well-written and made a very strong argument about the DOTC and LTFRB being the only national agency in the world to issue the governing regulations for Uber and GrabCar to operate legally in a country. You also mentioned how Uber executives and some media hailed you as a progressive agency. And I agree. I was even one of those blowing your horn. I even did a special feature on CNN Philippines trumpeting just that fact and went on to spend a day in the life of an Uber operator to understand how it worked, and encourage others to look at getting into the business of ride sharing. Because I, like most users, believe in the concept.

But with respect, I’m not the only one who feels that your argument is only very strong in words. In reality, and I’m not sure how aware you are of this, the operators are claiming anything but transparency or simplicity. Basically the words are sweet, but the experience is sour. Allow me to quote from an open letter written by the operators of Uber. Keep in mind, these are the partners/drivers who are on the front lines. 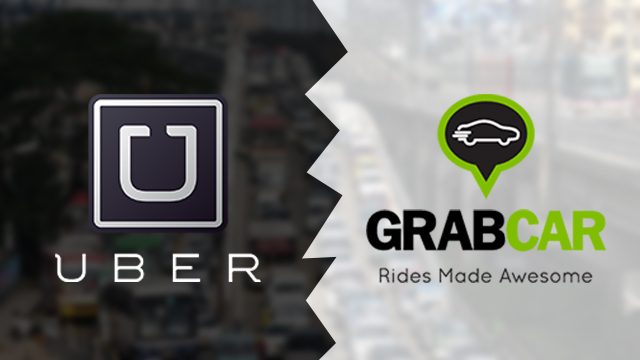 “Even after we seek information and advice from the LTFRB Head Office, no one knows the guidelines to implement these memoranda. No one can explain to us and give us definitive answers about the requirements we need to submit and what these all means for us. Isn’t there supposedly an Implementing Rules and Regulations (IRR) to outline the process? Even the Transport Network Companies (TNCs) such as Uber and Grab have no idea how everyone should go about implementing and rolling out these memoranda, and how to implement this transition. Are we to accredit individually with LTFRB? Will the Transport Network Companies (i.e., Uber and Grab) facilitate the accreditation of all the partners for easier compliance? We are all at a loss. We hope you are not.”

So while I commend your agency on creating the framework for these operators to legalise themselves, it is worth nothing until that is communicated down to the people who are actually tasked to facilitate it. As it is now, if we were to use the experience of the ones actually physically applying, those guidelines are as clear as something that was faxed to an email address. So in theory, it is all very straight forward, but in reality, like anyone who has ever applied for a franchise to operate a public utility vehicle will attest, it is anything but.

So no, the issue was never about whether you have any right to set up a premium taxi service. Personally, I don’t understand how adding 5,000+ new cars on the road instead of allowing the current ones to share their ride will solve the problem. Nor do I see how a 2-litre sedan will hold any premium over a 1.6 or 1.8 equivalent in any other area except added fuel consumption and emissions, but if your studies show otherwise and your operators are willing to make the 25 million plus peso investment to reinvent the wheel, then may the G Force be with you all;  just promise us you won’t do it at the expense of denying the private sector from providing a tried and proven alternative. Basically, don’t force us to buy cassette tapes when someone is offering us MP3. (READ: Corruption at LTO, LTFRB) Secondly is the question of timing and priorities. With all the problems facing the DOTC and the LTFRB, like the colorum buses, jeeps, FX, UV Express and the like, plus the LTO and their failure to supply driver’s licenses, plates, driver education, etc., the PNR, the airports, the maritime disasters that have claimed the lives of thousands, the Philippine Coast guard and their struggles with China, not to mention the mandatory speed limiters on all trucks and buses that were promised last January 2014, is it unreasonable for us to question why you would like to spend your valuable resources on giving Uber grief and setting up premium taxi?

Your followers also accused my post of being “share bait.” Okay, I admit I was uncharacteristically emotional in my post, and in hindsight could have chosen my words better. But I was expressing those views on my personal Facebook page and not in any one of the national media outlets that I represent. Still, I will accept where I was wrong and will strive to improve by tempering myself when I publish anything on social media. And I urge you to do the same. Because as the operators themselves have pointed out in the same open letter, when it comes to dialogue, use the media in a positive, more informative way.

Help us understand and guide us through this transition and we’ll help you implement this regulation the best and fastest way possible. It doesn’t help, and we don’t appreciate, hearing (negative) news on TV and social media about threats, deadlines and rules we don’t have any idea about. Instead make good use of media, publish news, issue statements and advisories to give us guidance re implementation and help us comply. We heard there was a publication on the newspaper about the deadline. Nobody has seen it, because seriously, how many people read the newspaper daily anymore? You could have published that online or made a proper public announcement on TV.

Let us know who should help us. Would it be LTFRB? Would it be the TNCs (Uber, Grab,etc.)? Because we are more than willing to cooperate and help. We just need guidance and information.

It is us who are braving the harsh streets of Metro Manila, we think we ought to know. We are already serving the public by providing safe and efficient transportation. Please spare us the bureaucracy. We do not need more red tape. Inform and guide us quickly, so we can comply faster.”

Simply put, times are changing. And we need our government agencies to keep up. We all understand the need for regulation, so long as it not at the cost of innovation.

You ended by paraphrasing former Mayor Fred Lim, when he said “The law should apply to all or to no one at all. Simply put, no one is above the law.”

True. But I prefer how JFK (John F. Kennedy) put it when he asked not what your country could do for you. – Rappler.com

James Deakin is a multi-media, Henry Ford Award hall of fame automotive journalist, who has covered the motoring scene for over 12 years and driven everything from an ambulance on duty to a Formula One car. He is a newspaper columnist, television motoring corespondent, host of his own motoring podcast and television show, and freelance magazine contributor. He is also one of the founding editors of the longest running car magazines in the country.

This article earlier appeared on the writer’s website. This has been republished with the writer’s permission.