Is it time to have another leader like Heneral Luna?

Sep 16, 2015 2:36 PM PHT
Joy Aceron
Facebook Twitter Copy URL
Copied
General Antonio Luna gave up a life of comfort and complacency to fight for his country's freedom. Are today's leaders like that too? One of the most noted ideas of Jean-Jacques Rousseau is the idea of forcing man to be free. That is because we are “born free yet everywhere we are in chains,” we are limited and constrained by our circumstances which keep us from being free.

Being used to what we know and adapting to the ways of the past, we resist what is new — even if we know and recognize that there is something wrong about the present. Man is a product of his environment, therefore he becomes part of that, which almost instinctively resists change. Those who only knew darkness will be afraid of the light. Those who only knew how to be slaves and servants will have to overcome their own prison to fight for others and their country.

The context of Antonio Luna’s time can be characterized by this. The Philippines was beginning its struggle for freedom from the Spaniards who ruled us for 300 long years. Most people were used to being subservient.

We were used to being ruled. We had no concept of a “nation,” not even the idea of having the freedom to rule our own land. There was certainly no national pride nor national consciousness that would drive Filipinos to fight and die for their country. (READ: Heneral Luna: Essential viewing)

This made the fierce leadership of Luna needed, forcing Filipinos to claim their freedom. Luna had to pull people out of the learned helplessness that had enslaved them. He had to show the people the way to be free — which required sweat, blood, and sacrifice. It demanded greatness. 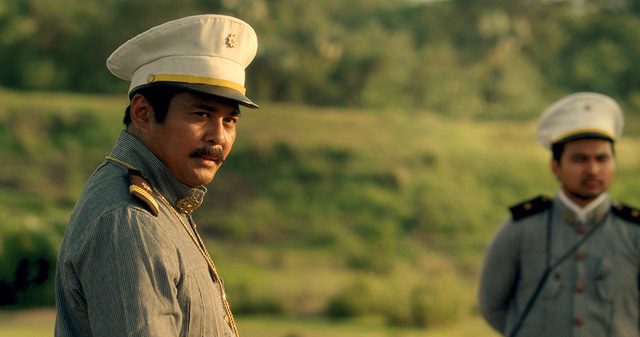 Because the idea of a Filipino nation was new at that time, Filipinos were extremely divided — something we continue to confront until today.

The biggest challenge then, which the film Heneral Luna depicted vividly, was regionalism. The film, in fact, started with the military receiving their new uniforms to be used across military camps nationwide for the first time. General Luna thought the uniforms were important in building a common identity.

A strong leadership that will compel obedience to the central command in order to achieve unity was needed. Without a central command, without unity, not only would the Philippines not stand a chance against the Americans, there would not have been a Philippine nation to defend and die for in the first place.

General Luna was not only trying to win a war, he was building a nation and teaching its people to be free. His style of leadership was a necessity given such context and goals.

Luna’s last will and testament, found in his papers after his death dated March 31, 1899, quoted by Ambeth Ocampo, shows Luna’s deepest love for his country:

“1. I leave whatever I have to my mother. 2. If they will kill me, wrap me in a Filipino flag with all the clothing with which I was dressed when killed, and bury me in the ground. 3. I wish to state freely that I would die willingly for my country, for our independence, without thereby looking for death.”

This is “ang mamatay ng dahil sa iyo (die because of you)” at its finest.

Before General Luna demanded Filipinos to fight for the country, he first showed an example and led the way. He did not demand what he could not offer. General Luna led by example. (READ: Heneral Luna: Bayan o sarili?)

Antonio Luna was ready to die for his country from the onset. He knew what was at stake. He gave up a life of comfort and complacency to fight for his country’s freedom. General Luna was a loving and loyal son to Inang Bayan and he expected that same love and dedication from each Filipino. Why? Because he knew that’s the only way for the Philippines to be free.

(Tell our countrymen that freedom was not achieved by caring for their loved ones. We need to pay. Blood and Sweat. We need to jump into the abyss.)

“Heneral Luna” is a movie to watch. Thanks to this movie, the Philippines is given the chance to honor the sacrifice of General Antonio Luna. It also reminded us of how great the enemies that lie within us are. — Rappler.com

Joy Aceron is program director of Political Democracy and Reforms (PODER) of the Ateneo School of Government.