The upcoming 21st Conference of the Parties (COP) in Paris, France under the United Nations Framework Convention on Climate Change (UNFCCC) will see countries trying to negotiate a fair and binding climate deal in December.

The stakes are high as world leaders try to forge a universal deal after failed climate talks in Copenhagen in 2009. More than a fair and binding climate agreement is the specific issue of limiting carbon emissions to keep global warming below two degrees Celsius.

For years, developed countries with greater historical responsibility to lower emission targets have been dodging this ambitious goal while developing countries continue to push this agenda.

The world is already experiencing climate change impacts — extreme weather events, strong typhoons, slow-onset impacts, drought, heatwaves, and the melting of ice glaciers. There is a strong sense of urgency of phasing out fossil fuels to lower coal emissions.

In order to avoid these circumstances, there are many who believe the UN climate negotiators need to set a mid-century target to eliminate fossil fuels.

At the UNFCCC negotiations that took place in June in Bonn last year, ministers and senior officials representing over 60 countries supported a long-term directional goal to move to a low or zero carbon economy.

According to the UNFCCC document released in Geneva last February, the countries who are have already expressed support for a long-term goal being part of the 2015 Agreement include 48 Least Developed Countries (LDCs), represented by Nepal, AILAC (Costa Rica, Colombia, Peru, Chile, Dominican Republic and Guatemala), the Republic of the Marshall Islands, Grenada, Switzerland, Mexico, Germany and Norway.

Many of these countries have already created domestic long-term phase-out or carbon neutrality goals. Costa Rica and Bhutan have committed to becoming carbon-neutral while Sweden and Norway also have such goals.  Denmark is working with plans to decarbonize completely by 2050.

The report further states that “some countries like Peru, Kenya and the Cameroon have ambitious renewables energy targets in place showing that developing nations see their future as being largely free of fossil fuels.” 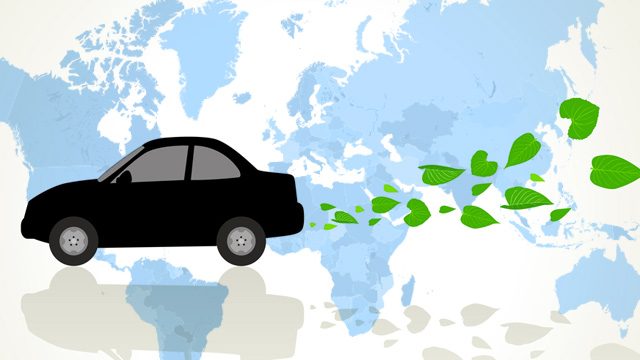 Decarbonization through carbon tax and negawatt

In June, Uganda’s lead negotiator, asserted that on behalf of 48 of the world’s least developed nations, the country believes that “total emissions need to reach zero between 2060 and 2080.” This would be a difficult decision for many of the world’s big coal and oil exporting countries, especially members of the Organization of Petroleum Exporting Countries (OPEC).

However, in August, Islamic leaders even followed Uganda’s lead by issuing an Islamic declaration on Climate Change, calling on Muslims around the world to work towards phasing out greenhouse gas emissions by 2050, and a 100% renewable energy strategy.

However, there is still much hope. Some countries have been solutions to decarbonize. Among these are carbon tax and “negawatts” The carbon tax, for instance, is similar to a Sin Tax Law. Although it would cover more products and services compared to the Sin Tax Law’s focus on tobacco and alcohol, the carbon tax could gain greater social acceptance if rebates would be given to the lower-income bracket of the economy or it will be used to lower payroll taxes.

It should be ensured too that the funds gathered would be allocated to the development and diffusion of clean energy technologies. Carbontax.org is monitoring countries which enacted laws on carbon tax including Ireland, Chile, and Sweden. However, Australia’s carbon tax law is the first to be repealed after 4 years of being implemented.

Another incentivization scheme is the “Negawatt.” It is a newly formulated concept wherein energy providers encourage consumers to sell back their unused energy especially during peak hours.

Aside from promoting energy conservation among consumers, this is cost-effective too for the providers since it is more expensive for them if they have to put up additional power plants to meet electricity demand, especially during peak hours.

Hence, the negawatt is a win-win solution. No wonder it is being implemented already in many states in America and is emerging as an international strategy.

Indeed, as countries negotiate to keep global warming below 2 degrees celsius, we must also be looking at the long term goal of having zero carbon emissions in 35 years. It goes without saying that the two linked goals must be tackled, put forward both in the international negotiations and in the respective climate pledges and climate action plans of countries.

Some countries have already been initiating innovative solutions to achieve the 2050 goal. The question is: will other countries follow suit? – Rappler.com

Jed Alegado is a graduate student in the International Institute of Social Studies (ISS) in The Hague, Netherlands. Angeli Guadalupe is a medical doctor and is currently studying under the University of Tokyo’s Graduate Program on Sustainability Science-Global Leadership Initiative. The two are Climate Trackers from the Adopt a Negotiator Project.