A leader of bullies 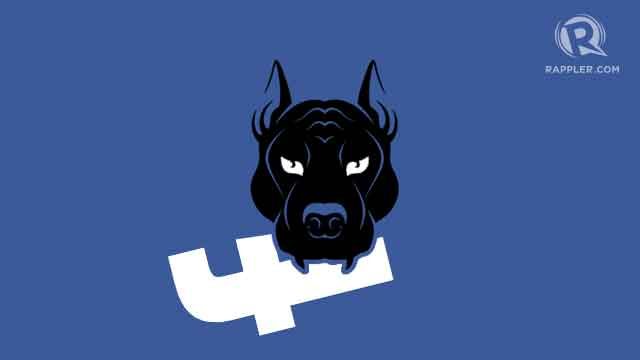 Facebook Twitter Copy URL
Copied
'Take your anger to the polls and elect the leader you think is right for you. Don't harass those who disagree with you.'

Take a look at any article or social media post that remotely mentions Rodrigo Duterte in a less than positive light.

At the moment it is published, they come in throngs to defend their idol, insult the author, and attempt to invalidate opinions on his behalf. Like a mob of flies, the invective-spewing, violence-threatening mass of his supporters flock from one online post to another, as if it is their duty to flood comment sections with their hate.

The variety of offensive and tasteless memes are impressive. The quantity of written obscenities even more so.

Anything that doesn’t obsessively support their candidate is branded as biased. Authors’ motivations are immediately undermined, as if people need to be paid to see a different light.

Readers who don’t know the difference between an opinion and a news article insist that opinion columns must reflect their personal feelings, or at least wholeheartedly support their chosen president.

Everyone – even each member of these mobs – has a right to speak his or her opinion, even if it’s the belief that no one else can feel differently about the person they consider messiah.

Where it crosses the line

The problem is when reactions border on violence, just like the response of Duterte supporters to a student asking him to answer a question directly. (READ: #AnimatED: Online mob creates social media wasteland)

The backlash was quick and cruel. It was hateful and threatening. Even if not all his supporters promised to hurt the student, most believed that the assault was justified because he was “rude.” Doesn’t this remind you of Archimedes Trajano?

Duterte asked for civility but did not clearly condemn the harassment. In fact, his spokesperson actually expressed appreciation for the “hearty and sometimes intense support” of Duterte.

While his camp asked for respect and compassion, it did not go as far as saying that whoever hurts another person in his name would answer to him. He never said he wouldn’t tolerate any threats against his opponents or against news networks.

If you don’t take action on harassment and violence done in your name, you condone it. A leader who incites and condones violence does not care about his constituents. If he tolerates actions which injure both his supporter as well as his detractors, he will not protect the safety of his people without regard to their political leanings.

A leader who plans to rule with violence validates it as a proper way of solving problems. “If I have to kill you, I’ll kill you,” he said during his interview. Is it any wonder that his followers’ first response is to threaten a student with death? (READ: Interrupting Rodrigo Duterte)

A leader who rules with violence promotes violence

Duterte must take responsibility for his followers’ actions. It isn’t enough to say act with civility when he himself does not spare media and his audiences with his lack of it.

He should tell his followers he finds violence or the threat of violence unacceptable. But how can he really do this when his platform is one of vigilante death squads, civilian arrests, and summary executions? Are we wrong to expect more of the same? (READ: Duterte: ‘Am I the death squad? True’)

Is it wrong to assume that a leader who rules with violence promotes violence among his followers? He only promised that his presidency will be bloody, so the possibility of this president killing his constituents isn’t just a suggestion; it’s a vow.

Is it really any wonder that a leader who is already promising a dictatorship even before he is elected is inspiring his supporters to act the way a dictator would?

Bullying a student who only wanted clarification on how a popular candidate will follow through on his platform is lower than low.

Inspiring one’s supporters to shame a young person for standing up for his principles makes obvious the kind of environment this leadership is proposing. It is one that does not welcome ideas other than his own.

Take your rage to the ballot

I understand the desperation in wanting a leader that inspires drastic change. But at the same time that his supporters are crying out against crime and violence in our country, they want to harm those who disagree.

I want Duterte’s supporters to take their rage and motivation to the ballot and make their candidate win if they can. However, I also hope they learn to accept defeat when it comes.

Take your anger to the polls and elect the leader you think is right for you, but don’t harass those who disagree with you.

Most of all, those who believe it is fine to harm someone for their differences in opinion should be careful if and when the tables are turned and they hold an idea that won’t be popular one day, or worse, goes against the ideas that your leader once espoused.

You may find yourself on the other side of the coin and wonder if it was right to support a leader who gets his way by harming those who do not follow his orders. (READ: Your life under the next dictator)

“Violence is the last refuge of the incompetent,” said Isaac Asimov. A leader who bullies becomes a leader of bullies. Recent events, as well as the ensuing vitriol to come in the comments below, is proof of that. – Rappler.com