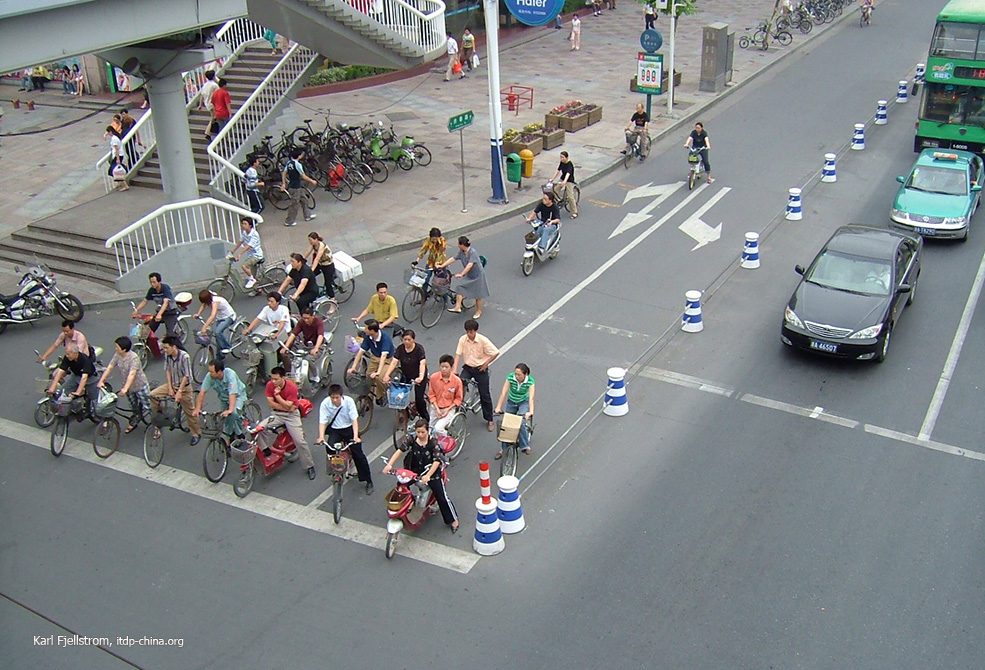 Facebook Twitter Copy URL
Copied
Protected lanes are good for people, the planet, and profits. These lanes help make for fairer cities, too.

If you build protected lanes, more people will ride bicycles. This is what cities across the globe have found:

As people bike more, they become healthier citizens. A bicycle is the best thing on two wheels for strengthening hearts and lungs. Riding a bike is a great way to burn calories and clear minds, too.

Studies have shown that cities with more bike commuters are less obese. In our country, we are losing battles with waistlines: 1 out of 3 Filipino adults is obese. We cannot ignore the health benefits of building protected lanes.

Bike commuting can also transform the worst part of our day into the best. Just think: We Filipinos spend an average of 91 minutes a day getting to and from work. If we could spend, say, half that time on a bicycle, we’d be happier than other commuters. We’d get to work alert and all pumped up, and we’d be more productive.

2. Protected lanes help cool the planet and clean the air.

Each time we use a motor vehicle to get from Point A to Point B, the vehicle burns oil and emits carbon dioxide (CO2). CO2 traps heat in the atmosphere; it helps bring about global warming. This means that each time we ride a motor vehicle, we contribute to climate change.

Riding a bicycle will cut our CO2 emissions. The bicycle is the cleanest form of transport, states the European Cyclists’ Federation. Bicycling could cut CO2 emissions from urban transportation by 11%, says the Institute for Transportation and Development Policy. Every trip made by a bicycle takes a motor vehicle off the roads and helps clean the air. As much as 80% of air pollution in the Philippines comes from motor vehicles. Two-wheeled travel will make the air we breathe less toxic.

For retailers, getting more customers in the door is the name of the game. When driving to a store is a nightmare, customers will stay away.

This is what Duty Free Philippines found out the hard way. From January to October 2015, sales at its Fiestamall branch fell by 7% (a whopping US$5.7 million); person count dropped by 4% (9,200 people) against the same period in 2014. The traffic jams in the area scared customers away.

On the other hand, protected bike lanes boost sales. Compared to people who drive cars, people who bike to shops spend less per visit. But pedal pushers visit more often. The result: they spend more money overall per month.

The infographic below comes from “Shopping by bike: Best friend of your city centre,” a report from the European Cyclists’ Federation. It shows how bicycle-friendly streets benefit local retailers. These cities have found that protected bike lanes are good for local businesses. What is a city’s most valuable resource? Its road space is, said Enrique Peñalosa, the once and present mayor of Bogotá.

And who hogs road space in our country? People in four-wheeled motor vehicles do. On EDSA, 78.92% of the vehicles stuck in gridlock are private cars, taxis, vans, and FX. Many people who drive even park on sidewalks.

People on bicycles and people on foot make do with leftover road space. The people who travel on two bicycle wheels don’t get their own protected space. And the people who walk are corralled into slivers of sidewalks to ensure that vehicle flow is not affected.

Space equals safety on the road. People in motor vehicles are less likely to get injured or killed in a road crash. In contrast, people who bike and people on foot are among the most vulnerable on the road.

It’s high time we divided road space more fairly. “Only 1% of Filipinos own cars,” said environmental lawyer Antonio Oposa, Jr. That comes up to only 1 million people. About 38 million people ride bicycles, said Rep. Samuel Pagdilao. And we all walk in the course of a day.

Since most people bike and walk, these citizens—not those in motor vehicles—should get the lion’s share of road space. Building protected bicycle lanes will tip the scales in their favor.

Protected lanes will make the roads safer for everyone. These lanes don’t only keep people on bicycles alive. They improve the safety of people walking and driving, too.

The bottom line: Everything the well-designed protected bike lane represents is positive. It is a pathway to health and progress. It helps fight climate change and clean the air. It stimulates the local economy. And it makes cities fairer and safer for more citizens.

Let’s call on all our public officials to #BuildProtectedBicycleLanesNow. – Rappler.com

Dinna Louise C. Dayao is an independent writer and editor. Her motto is, “Saving the world from jargon and unclear language, one sentence at a time.” You can reach her at dinnadayao@gmail.com.

Please read her earlier article: What happens when you build protected bike lanes in cities?

The author credits the European Cyclists’ Federation for the data in “The clear winner” and the infographic, “Why increasing cycling benefits local retailers”.