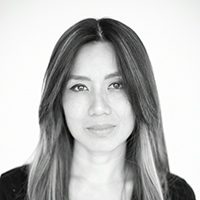 Facebook Twitter Copy URL
Copied
It's time to unlearn patriarchy. We should never call a home at peace when there is no democracy inside the house.

In the Philippines, we hardly hear the term patriarchy. It is not a common term. Patriarchy is described as “a social system that values masculinity over femininity. This type of social system dictates that men are entitled to be in charge and dominate women. And it implies that the natural state of gender relations is a dynamic of dominance and submission.”

As indicated, patriarchy demands that women be submissive and dependent on men, while men are expected to be physically and emotionally strong. Patriarchy is global but it is more prevalent in a society influenced heavily by religion.

Take the Philippines, for example. We were invaded by the Spaniards and through the religion it introduced to us, managed to colonize us for three centuries. Catholicism taught the Filipinos discipline, fear and meekness – which greatly benefited the colonizers.

This is the case of Manny Pacquiao, when he had an unfortunate case of diarrhea in the mouth, comparing animals to the LGBT community. His religious beliefs simply coincide with deeply-rooted patriarchal values, which dictate that marriage is between (strictly) man and woman, this is what constitute a “family.” He was castigated, of course, because of his archaic views. But the narrowness of his perspective is only an unfortunate product of a sweeping historical revision.

Indigenous Filipino women before Spanish colonization in the 1500s enjoyed and had the same benefits as men. Customary laws allowed equal rights as men. Women could inherit, own property and engage in business. They could join politics and succeed royalty leadership even without a male heir. Women were part of the decision-making in landholdings and livelihood. Their virginity was not a prize to be won.

When the Spaniards came, “the new Filipina or female indio was now her father’s meek daughter, her husband’s faithful subject.” She is the obedient servant of the Church and, “before her marriage, a chaste virgin who would yield only to her husband (and occasionally to the friar).” But, of course, like her peasant husband, she was also a slave, “who worked the rich man’s and his descendants land for pittance.”

Gender subordination of women within and outside the home became prominent after colonialism, feudalism and capitalism were introduced in the Philippines. But with the ever growing “appearance” that women are now advanced, far from way back when we couldn’t vote, get an education, wear lipstick and a host of other setbacks seemingly surmounted – a silent question remains: Is patriarchy really dead?

In the Philippines, church patriarchy controls women’s sexuality. Women are supposed to remain virgins before Church-sanctioned marriage, like the Virgin Mother Mary. Celebrities made it popular to keep their virginity as a wedding “gift” to their spouses.

In the same vein, the Church has been against the implementation of the controversial Reproductive Health law. The RH law aims to lessen maternal deaths and unwanted pregnancies through sex education and support of contraceptive use and dissemination. But the Church deems these as measures that go against God’s plans. And, due to incompetency, the current State also cannot even provide contraceptives. Pre-colonial Filipinas, unfettered by Church and State, performed their own abortions when they deemed themselves unprepared. But the modern Filipina cannot decide for her own self. The Church will not allow any tampering of sort with regards to the woman’s body. Her body is not her own.

Meanwhile, motherhood is a must. It has become a woman’s premium. Women are the nurturers and caregivers, whose most crucial role is raising children to become responsible and good law-abiding citizens. It is a vicious cycle of balancing child-bearing and rearing, domestic work, and professional job.

A popular ad of Pantene in 2013 summarized this polished “patriarchy” – showing a woman juggling home and career with panache. Even from economically “independent” and educated women, I would hear the words “I will ask my husband first” before making purchases with their own money. While it seems strange, it is the norm. As patriarchy is, it is almost never talked about.

Why? When we start asking and prying about male superiority, we hit something close to home – our own fathers, grandfathers, husbands, brothers, best guy friend, and even our sons. We are confronted by their patriarchal values operating within our confines. We get hurt when they get hurt. And we don’t want that.

We start young, among siblings/children:

“You can’t go out and play. Those are for boys only.”

“You have a curfew, what will they say if you’re out past midnight.”

“Don’t worry about your brother. He’s a guy. He’s got nothing to lose.”

“I’ll just stay home, I need to care for the kids. I can’t work, no one will be home for our kids.”

“I’m so tired from work and meetings, you’re lucky you’re a home maker you don’t do anything.”

“Our son should have more on our will. He’s the man.”

“Our daughter should be focusing on her husband and kids, instead of taking her masters. Now her husband found someone else since she lacked time for the family.”

“You better man up, you will amount to nothing if you can’t provide for everything.”

“You can never show your weakness, son. What kind of a man are you?”

In popular culture, we are bombarded with teleseryes showing the perfect family of a husband, a wife, and children; all torn apart by a mistress. The women fight over the man. Most of the time, the wife stays despite the infidelity. The woman bears the crux of the family, obeying the holy commandment: “What God has put together, let no man put asunder. Pray and lift it up to the lord.” The woman is compelled to stand by what she feels is something she cannot fail. The colonized devout Filipina just cannot let her marriage fail. If she lets go, she is a failure of a woman. Such are the dynamics of our society – cultural and traditional values undermine gender equality and allow forms of abuse such as infidelity to happen and go on from generation to generation. The woman adapts by learning to be passive, accepting her destiny as a loving and caring wife, no matter how her other supposedly better half conducts himself.

Meanwhile, in courts all over the country, rejected cases of nullity of marriage overflow. Our very own law gives the men confidence that stems from knowing the intrinsically flawed, sexist Philippine law on infidelity, for example. Men can only be accused of concubinage, while women may be accused of adultery. Concubinage requires proof while adultery may be premised on circumstance.

There is a standstill and a silent desperation everywhere. When shit hits the fan, the pained woman cannot just walk out. For the sake of Church vows, family, status and children—she just cannot walk out despite the psychological abuse inflicted by a philandering husband. The popularity of local movies and TV series that tout the same plot (e.g. “Tubing at Langis” “No Other Woman,” “Legal Wife”) attests to this silent desperation. We glorify the wife who champions her husband, walking the long procession, carrying the burden.

I was able to catch the Madonna concert in Manila. I love her music. She is my only pop guilty pleasure since I am a rocker girl. In the concert venue, I saw friends and friends of friends who I know were Catholic schoolgirls. They sang “Like a Virgin,” gyrating along with the dancers dressed as priests and nuns.

In a Rolling Stone interview, Madonna stated that that particular song “could be inspired” by her father and his conservative and patriarchal ways. Seeing women going gaga for someone like Madonna who had crossed the lines of her convent upbringing – the same upbringing these women were brought up with and continue to practice – was interesting, to say the very least. Celebrating a rebel. Never the rebel.

Never one to create a stir, this is the typical patriarchal household I grew up in. And I see it every day, everywhere.

So I write this essay as a gesture of recognition and a call to action. It is time to unlearn patriarchy, starting from what is closest – the home. The facade of an untarnished home cannot be at the cost of the woman. We should never call a home at peace when there is no democracy inside the house. There should be respect and dignity within the home for all concerned, regardless of gender.

I dare say I fully, vehemently agree with the adage: “If I had a hammer, I would smash patriarchy.” – Rappler.com

Nikki Luna is an artist, feminist and founder of StartArt a non profit providing art workshops to women and youth victims of human rights violations. A UP Fine Arts graduate, she took her art residency at the Cooper Union school of Art in New York. She has mounted several exhibitions in local and international galleries and museums representing the Philippines. Her visual discourse revolves around women’s issues. Currently she is studying in depth her MA in women and development studies in UP. Follow her on Twitter @nikkiluna.