Batmanila: What if Batman was from the Philippines? 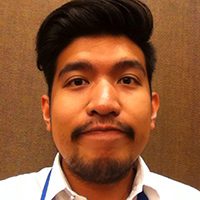 Facebook Twitter Copy URL
Copied
I believe that we are in desperate need of heroes. It may take more than the regular implementation of the law to rise above our challenges.

I was a kid who was always forced into afternoon naps by my mom, but the best part was the activity that always came after those naps: watching afternoon cartoons. As a young kid, I was vigilant in waking up on/before 4 pm to make sure I missed no parts in my beloved cartoons; especially if it was Batman: The Animated Series.

To me, everything about that show was perfect. The animation, the opening sequence, the original soundtrack, Batman’s voice (by Kevin Conroy), the storylines, it all fit together perfectly. It painted that picture of Batman as a justice-driven, overly mysterious, tough, ass-kicking, focused, vigilante who was determined to save and protect Gotham City.

Fast forward to 2016, after the portrayals of West, Keaton, Kilmer, Clooney, and Bale, Hollywood has finally decided to put Batman – with Ben Affleck wearing the cowl – up against the fastest, toughest, always-mistaken-for-a-bird-or-plane superhero from Krypton, Superman. But my question isn’t about these two gladiators facing off, my question is: What if Batman was from the Philippines?

In my opinion, his father would’ve been born of an American soldier and an influential Spanish mestiza. He would then grow up with a silver spoon in his hand as his parents got into the real estate business after creating establishments in their vast hectares of land.

The tropical environment helped flourish their business in the fruit/vegetable business, supplying to both regional and international markets. During his father’s last year in college, he met a beautiful girl on campus. Pleasantries were exchanged and love was sparked in an instant. Within the next decade, the two would get married not only to unify their love for each other, but to benefit both their family’s corporations for decades to come. After legally changing their surname into an amalgamation of their prominent families, Bonifacio Winco was born (assuming he had the same B.W. initials).

As champions for the locals in their province, Bonifacio’s parents gained the gratitude and love from the people as well as the ire of corrupt politicians with malicious intentions. One rainy night while driving home, the couple was gunned down by an unidentified ‘riding-in-tandem’. That night, Bonifacio’s life would never be the same. Their driver and caretaker, Mang Alwin, became his guardian, and later, his trainer.

As a rigorous practitioner of the Filipino Martial Arts (FMA), Mang Alwin trained Bonifacio to optimize his physical and internal ability. Aware of the deep and mysterious powers embedded in the Philippines culture, he also imparted skills of being an Albularyo and the procedures to perform Pagtatawas to his apprentice. With the vast riches that he was left with, Bonifacio travelled the world to learn of other disciplines to prepare his mind and body for his mission to be the perfect vehicle for justice.

After reaching the legal age of 21, he returns as the prodigal son of Manila and realizes that it has become worse than when he left it. He then legally inherits the assets of Winco Enterprises and begins his crusade as the Dark Knight.

Why Batman is the hero our city deserves

I believe that we are in desperate need of heroes. And given the dark and gritty circumstances that face our innocent countrymen, it may take more than the regular implementation of the law to rise above our challenges. Similar to Gotham, Manila is a city that is twice as scary after sundown. Crime runs rampant; from petty theft around barangays to billion dollar drug dens and human trafficking operations. It pains me to hear about honest officers of the law being deemed powerless against crimes that are being backed by a powerful personality or organization.

If you’re a regular commuter like me, you will agree that the struggle is real (and quite difficult to accept). You’ll look out the window of your bus/taxi/jeep’/train and say “Infrastructure and planning need to be as inseparable as lovers for the lives of commuters to improve.”

With a huge enterprise at his disposal, Batman would never second guess his ideas/plans to improve the city’s infrastructure by building roads, better modes of transportation, schools, hospitals etc. His judgement on such projects is trustworthy; and should there be people lurking around to make a quick buck, he’ll definitely teach them a lesson with this “hammers of justice.”

It may also be the election period dawning upon us that created the realization that a hero like Batman would’ve helped narrow our choices for our next leader. Given his stature in society as well, he would’ve used his influence to fund and promote a candidate whom he knows both from the public eye and from beyond the campaign jingles and sorties.

Don’t worry about him running for President, I like to think he’s content with having enough time catching villains and saving citizens. He’ll probably entrust running the country to someone he has the utmost faith in.

It’s common knowledge that everyone needs to be saved once in a while. These days, we are in desperate need of heroes. And given the dark and gritty circumstances that face our innocent countrymen, it may take more than the regular implementation of the law to rise above our challenges.

We need inspiration for a movement that will go beyond its limitations and expectations and be a symbol for change and courage; a symbol of hope and justice. And to everyone who has ever loved or will fall in love with superheroes, be that symbol.

Heroes may not always look the way they do in books or television, but they’re out there. – Rappler.com

Mark dreams of becoming a justice-driven vigilante (like Bruce or Bonifacio), but due to lack of funds he has opted to serve his nation as a public servant at the Philippines’ Department of Foreign Affairs. He cheers for Team Batman in the Batman v Superman: Dawn of Justice movie.