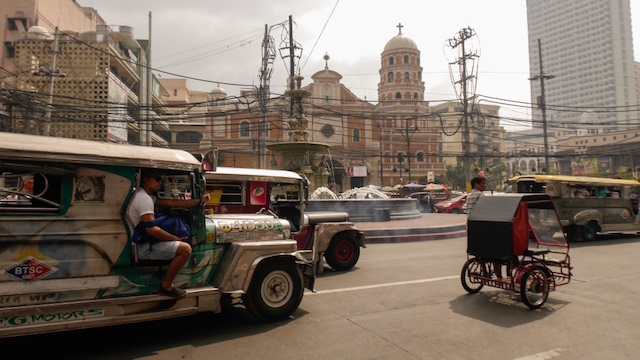 With the increasing demand for urban services and infrastructure, heritage sites and structures are often neglected.

Southeast Asia’s so-called ‘ancient cities’ are quite unique in the sense that each has its own identity. For instance, Manila’s heritage areas feature Spanish architecture and US urban design influences, while in the former French colonies of Indochina – Cambodia, Lao PDR and Vietnam – has heritage vestiges dissecting between traditional and colonial monuments. The French left behind a cluster of structures and streetscapes inspired by prominent sites in Paris such as the Notre Dame Cathedral, the Opera House, and the Champs Elyseés. These colonial vestiges still exist alongside traditional structures such as palaces, pagodas, temples and houses and Soviet-era buildings from the 1960s in Ha Noi, Phnom Penh, and Vientiane.

If cities in Europe like Paris, Prague, The Hague and Florence, and in Asia like Kyoto have managed to preserve their centuries-old structures in modern urban development plans, shouldn’t Southeast Asia try to do the same?

Most urban planners in the region prefer modern architecture, which in their view makes a city appealing. This is true especially if they are thinking of attracting the new working class and foreign investors, who seek convenience above all else. City managers in Southeast Asia find it hard to appreciate the value that heritage sites and structures add to the urban fabric. In addition to giving a city its own character, heritage preservation and restoration also impacts land valuation and opens local economic opportunities through tourism services such as restaurants, small museums, and boutique hotels. Restoring blighted areas back to their past glory also rejuvenates inner core areas, and helps reduce crime with well-lit streets and improved accessibility.

Uncooperative private owners are one of the toughest obstacles. In Southeast Asia, people tend to feel emotionally attached to properties they have inherited from their parents or ancestors, and this is a socio-cultural barrier that is difficult to break. Either they don’t like the idea of tourists and visitors invading their private space, or they will only cooperate at a cost which often times is unreasonable.

Even with cooperative owners, restoring an old building is often more expensive than tearing it down and building a new one. Other problems are finding the same materials that were used 50, 100 or 300 years ago, and hiring workers familiar with ancient construction styles. For example, restoring an old Buddhist temple requires the right lacquer painting materials and techniques, not to mention the numerous carvings and sculptures. This is both costly and labor-intensive, and skilled craftsmen are in short supply.

Despite the challenges, there are success stories in Bangkok in Thailand, Siem Reap in Cambodia, or Hue in Viet Nam. Still hanging in the balance are cities like Iloilo in the Philippines, where heritage areas coexist with modern developments, and in Vientiane, where urban planners enforce low skylines to harmonize aesthetically with the city’s old structures.

So do cities in the region have to choose between economic development and heritage preservation? Maybe it’s not whether, but how heritage preservation can become part of a city’s economic development strategy as an investment. This is an urban development perspective that needs to be embraced by city managers generally in developing Asia so the ‘old’ areas can become assets for the local economy and build an identity, instead of being neglected and preserved only in memories or photos. – Rappler.com

Aldrin Plaza is an Urban Development Officer at the Sustainable Development and Climate Change Department of the ADB. This post was first published in the ADB blog.