Jun 2, 2016 5:51 PM PHT
Susan Magno Antepuesto
Facebook Twitter Copy URL
Copied
'To witness a city grow and unfold its beauty and potential is an uncomparable experience. It restores your faith in humanity.' I have been a resident of Davao City for the last 33 years. I came here with a team of young University of the Philippines (UP) idealists to do a joint project research under the Third World Studies Center of UP Diliman and the Davao-based AFRIM Resource Center.

At that time, there were efforts to gather first-hand information to better understand the underdevelopment of the Philippines’ southern island of Mindanao. Manila relied mainly on secondary information then.

Our team was tasked to do a socio-economic study on the major industries (wood, fishing, mining, coconut, palm oil, and the fruit export industry). We travelled all over Mindanao interviewing farmers and small and medium landowners.

We were to write a report on the impact of the multinationals and big businesses on the lives of the people and the underdevelopment in the region.

Mindanao before the 1980s has been beset with a cornucopia of problems –from the growing dissent and strong New People’s Army (NPA) movement and the centuries-old Muslim separatist movement to hamletting, warlordism, displacement of the indigenous peoples from their ancestral lands, extreme poverty and hunger, and a lot more.

Despite being resource-rich, the region was not developing due to social chaos.

Big companies repatriated their profits and did not reinvest in Mindanao. The landed of Davao were selling properties at very low prices just to get out of the city. Most owners of businesses and plantations in Davao sent their children to Manila or abroad supposedly to keep them safe.

I grew up in the then small of town of Malabon, and lived a quiet and comfortable life along with two-dozen more cousins in our family compound. I studied at St James Academy from kindergarten to high school under the guidance of the Maryknoll sisters, together with my good friend Lean Alejandro.

We were 12 year old, and in Grade 6, when Marcos declared Martial Law. We grew up singing the Bagong Lipunan song and textbooks.

At UP Diliman, the late Lean Alejandro and I, relearned everything and became exposed to the harsh realities of our society. It was Lean who goaded me to take the research job in Mindanao as it would greatly help in alliance-building to have the knowledge on the situation and ails in the countryside.

I wrote him volumes of letters describing the dire state and poverty of the region. Despite the difficulty, he wrote me from prison to continue with the work. I remember complaining to him that the residents here were dubious of people coming from Luzon, calling us people from “Imperial Manila”. It took considerable effort and time to gain their trust.

I would later understand the reason for the disdain and distrust. Mindanao had been neglected by the national government and the early migrants, and big businesses were able to control vast tracts of land. Poverty persisted. There was no clear progress in sight.

I greatly admire the people who initiated a Mindanao Agenda to help develop the region. The people were motivated to help themselves instead of relying on the national government. It was at this time that Rodrigo Roa Duterte became Mayor of our city. 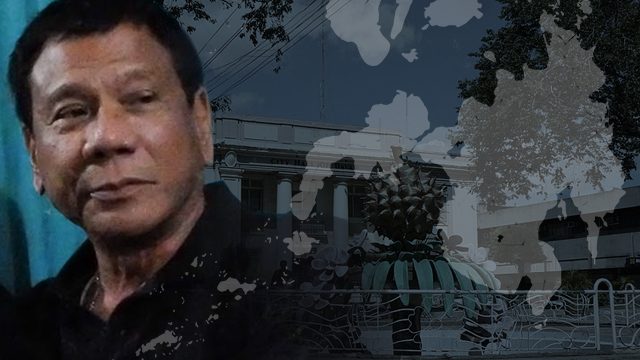 It was the right time when Duterte became mayor. The Davaoeños have had enough of war and chaos – a time when the people earnestly and desperately wanted peace and progress. I was blessed to witness the meeting of hearts and minds to achieve a common goal. The bayanihan spirit was in action.

To witness a city grow and unfold its beauty and potential is an uncomparable experience. It restores your faith in humanity. A city pulsating with life, a city where there is unity in diversity, a city where Christians, Muslims, and indigenous peoples live in relative peace and harmony.

A catalyst for change

Mayor Duterte is one passionate leader. He is also fortunate that he has a passionate group of people to work with. One should live here to embrace the essence of the pioneering spirit and volunteerism of the people of Davao. Everybody is ready to pitch in to help in community and nation-building. He could not have accomplished his goals without a people who shared his vision.

We did not look up to Mayor Duterte as a messiah but as a partner to reach our goal – that is, to attain peace and prosperity for the residents in Davao and the entire Mindanao.  One just have to visit our city to see the collective gains we had attained here.

After 3 decades, I am very happy to have raised my family and children here. Our population has doubled, tripled, and quadrupled, attracting more migrants and bright minds to the city. Business is booming and investors keep coming in. One cannot not be happy to be in such a dynamic and growing community.

We have the mindset that is open to all possibilities and the heart to accomplish anything. I will always be grateful for my Mindanao experience. It is a unique one, and it is from this perspective that I cast my vote on May 9 – Rappler.com

Susan Magno Antepuesto is a former researcher of the Third World Studies Center in UP Diliman. She is a co-author of the Mindanao Report, a socio-economic research that looked into the roots of underdevelopment in the south. Susan, a businesswoman and restaurant owner, has been a resident of Davao City since 1983.