SONA 2016: Duterte, don’t get caught in the fog of global warming 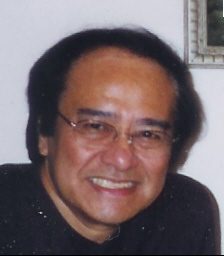 In previous statements, President Duterte explained his point in not honoring the commitments made by the previous administration. He doesn’t believe in setting limits to CO2 emissions. He thinks it hinders economic growth and doesn’t want the rich countries to dictate the destiny of poorer countries.

His stance on this was milder during his State of the Nation Address (SONA).

He did not elaborate on the limits in carbon emissions, but on the big picture, he’s right in expressing his doubts because our contribution to the total global emissions is but a rounding error.

The UN climate change agreements are directed mainly toward the big polluters with enough R&D funds to come up with most effective technologies of reducing CO2 emissions.

The inclusion of the small and developing countries is not only symbolic of what the UN stands for, but also an effective way to communicate to the entire world what a collaborative effort can achieve.

It’s up to each country to assess and evaluate what it can do without jeopardizing its own economic growth. This is not the place for insignificant polluters to advertise noble intentions.

The big CO2 emitters are the coal-fired plants in China, the US, India, Russia, and Japan. The US has developed several clean coal technologies. However, the most recent CCS (carbon capture and storage) technology has not been as successful due to its costly implementation. The prospect of making this affordable is not yet in the horizon.

The global warming issue has now been politicized more than ever, especially in the US. The technical aspects of the controversy is gradually fading because it’s becoming more of a case of holding on to power, i.e., Left vs Right.

Environmentalists for both right and wrong reasons have always sided with the Left. For its part, the Right has championed free enterprise and common sense solutions in protecting the environment.

So Duterte’s lukewarm reception of the climate change agreement is not really out of line. He’s better off going about doing his work for the country and not getting caught in the fog of global warming.

The scientific community is still divided on global warming because there are aspects of it that remain quite blurry. This was compounded by inexplicable unforced errors made by scientists which only point to politics.

For example, the comparison of some government server data on temperature charts proved data manipulation to support a politically-motivated climate change narrative.

There were admissions that the UN’s Intergovernmental Panel on Climate Change (IPCC) used fake data and that reports were not based on peer-reviewed scientific research. For instance, the validity of the IPCC AR4 assessment report was challenged during several international conferences of scientists around the globe.

The report also included a comparison chart on major influence in global warming based on questionable data and methodology. These represent the continuous rebalancing process that Mother Earth goes through that sometimes causes global warming and on other times, global cooling.

Solar forcing: The solar radiation intensity which varies with solar flares. This is partly reduced by Earth’s surface and cloud albedos (reflect radiation back to space).

Orbital forcing: Obliquity (tilt of axis), eccentricity in orbit (elliptical path), and precession (wobble about the orbit) determine Earth’s position due to interaction with the sun, moon, and other massive planets such as Jupiter and Saturn. These factors account for how much insolation (solar radiation) the Earth receives.

For instance at the end of the ice age, the warming period with melting glaciers and ice sheets around the North Pole was attributed to higher solar radiation.

There was no man-made GHG then.

The meltwater filled the long-vanished Lake Agassiz but was later drained out toward the Arctic Ocean. The vast body of freshwater with lower density than sea water, resulted in a temporary disturbance in the global conveyor belt (deep ocean currents). This caused a sharp shift to a cooling period in North America and Europe, also known as the Big Freeze. Now they consider natural forcing such as this, to be insignificant compared to anthropogenic and solar.

Before human interventions, solar, orbital, and natural forcing functions have been interacting in the continuing evolution process of the Earth with cycles of cooling and warming periods. The IPCC did not consider orbital forcing because they still subscribe to the old estimated cycles for obliquity, eccentricity, and precession which are in thousands of years.

However in the past, some of the tsunamis or extreme volcanic eruptions that vent pressure and heat from deep underneath have resulted in massive water and land mass redistribution in the mantle and crust, relative to the core.

Such events have caused pole location shifting which changes the Earth’s spin axis causing the drift in the wobble or precession, an orbital forcing function which takes us back to the amount of insolation (solar radiation) the Earth receives.

Some claim that climate change melted the polar caps and ice sheets causing the changes in the wobble. Another group proved that it’s not exactly the case because they’ve observed that huge changes in water mass on land from 2002 to 2015 coincide more with their predicted wobbles.

Did the wobble cause the climate change or the other way around? So goes the controversy of “chicken and egg” in the fog of global warming.

In 2007, the IPCC developed a comparison chart on radiative forcing responsible for global warming. The chart included 12 radiative influencing sources, and to cut to the chase, featured the radiative values used for CO2 emissions compared to solar irradiance.

The chart included disclaimers called “Level of Scientific Understanding (LOSU)” which made the comparison nebulous at best and politically-tilted.

From a purely technical standpoint, a comparison cannot be made of values based on different perceived validities. It’s quantitative so the values being compared must be based on relatively equal footing, such as accuracy or margin of error.

Comparing a high number with a high LOSU, to a low number with a low LOSU is all but subjective. CO2 emissions rated as “high” compared to solar, rated originally as “very low” and later upgraded to “low,” still indicates how much we don’t know about solar radiative influence.

Adding disclaimer labels such as “best estimated values”, “no best estimates”, “estimates of uncertain range of values”, “subjective judgment”, and “reliability of forcing estimates” clearly raises a red flag on the credibility of the comparison chart.

We cannot use “gut feeling” as part of scientific analysis. If I were advising Duterte, I’d say don’t get involved at this time.

Climate change is a very complicated technical issue that cannot be pinned down solely on increased CO2 emissions because we don’t have a good handle on Earth’s natural rebalancing cycles or natural forcing as mentioned above. We cannot ignore any temporary distortion of the space-time fabric by massive objects such the sun, Jupiter or Saturn, that could remap the Earth’s and other planets’ orbital cycles.

More advanced technologies for accurate accounting of natural forcing and interactions among outer space bodies are needed for IPCC to conduct a valid scientific analysis.

A recent article on why Duterte should keep the commitments advanced the idea that with insignificant emissions, we are still responsible for reducing emissions and continuing to harm the environment. The arguments are valid but not in the context of global warming, but rather of public health. It’s the emissions that stay at ground level where people live, work, and go about their business that matter for the Philippines.

Vehicular emissions in Metro Manila and potential for pollutant-laden smog from more coal-burning plants should be reduced and prevented, respectively.

In reaction to Duterte’s SONA, the environmentalists’ claim that clean energy is now far cheaper than before could be misleading because it’s the levelized costs of electricity that matter. For geothermal plants, that is true because these operate 24/7 like baseload plants.

What makes the other intermittent renewables expensive is low utilization (technically called capacity factor). It’s still a measure of what’s spent to make a kilowatt-hour of energy for the consumers. That expenditure goes up if the plant is not running due to inadequate renewable energy. Government subsidies also artificially lower the costs.

Climate change and contamination of groundwater and aquifers from coal leachate are nothing new, but for public health, President Duterte must limit future coal plants and reduce excessive CO2 emissions by implementing a low-cost energy mix with less coal, more gas, and some renewables. – Rappler.com

Rolly Calalang holds a BSME from UP Diliman and a BSEE from FEU Manila. He has experience in the power industry.