Aug 6, 2016 2:06 PM PHT
Joy Aceron
Facebook Twitter Copy URL
Copied
The government's over-emphasis on the right of the person with the gun over the right to life and due process of presumed innocent civilians can easily be abused and misused

Based on a research being conducted by a major media company, about 770 Filipinos have already died allegedly due to the Duterte administration’s “War Against Drugs.” As of May 2, at least 470 were killed in police operations.

One of those killed is Jefferson Bunuan, a 20-year old criminology scholar of a foundation. The said foundation later on protested the killing of its scholar, who it said is neither a drug pusher nor a user.

The justification for these high number of killings committed by police authorities, which include Jefferson, is “self defense.” There is only one storyline common to all the killings: the targets tried to fight back when the police was about to arrest them, so the police had no choice but to defend themselves.

This raises the question of legitimacy. Are these killings, premised on the police’s right to self-defense, acceptable given the legal-institutional framework of the country?

The question of legitimacy is beyond legal. Legitimacy involves the design and substantive content of a country’s overall legal-institutional framework that is defined and accepted in the course of a country’s political history. It can also be referred to as the “political consensus” over a period of time on what is permissible in a given polity following the laws of the land.

The Philippine National Police (PNP) is invoking provisions in the Revised Penal Code of the Philippines (RPC) to justify their use of self-defense in the anti-drug campaigns. The RPC provides justifying circumstances that do not incur criminal liability (Article 11). These are as follows:

Only when a person acts in defense of his person or rights under these circumstances that the person will not incur criminal liability.

The immediate question is whether the operations being conducted by the police on its anti-drug campaign that comes with a threat from the President himself delivered on national TV is not by itself a sufficient provocation.

In the operations that resulted to killings, were all the possible means to repel any form of aggression and resistance explored? Were these circumstances present in the case of the killing of Jefferson Bunuan?

Limits in the use of force

Our legal-institutional framework under the 1987 Constitution is a democratic state under a civilian rule. It gives primacy to human rights and limits the powers of the state through checks-and-balances.

All our laws, hence, especially those that are security-related or that involve the use of force and violence, are to be implemented following our broader legal institutional framework that (1) observes human rights, (2) assumes one is innocent until proven guilty (right to due process), and (3) defers to political and democratic processes over violent or armed means. 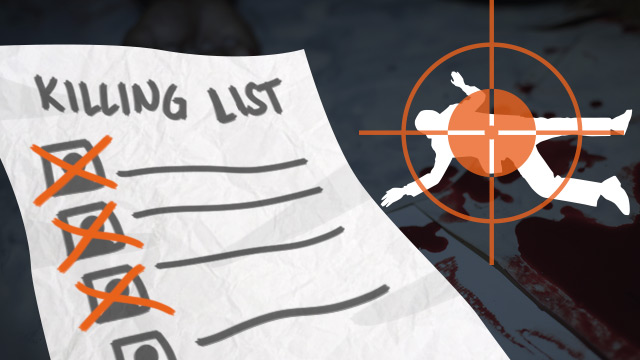 This, then, indicates that in a police operation, for instance, maximum tolerance must be observed and the use of violence shall only be a last resort to neutralize the suspect (not to kill them). This means that the force to be used by the authorities in a police operation involving civilian suspect must commensurate (or must be even lesser than) the provocation.

Section 11 of the RPC on self-defense is clear on this.

Again, this is because innocence is presumed in our laws and due process is non-negotiable. The police are supposed to be the protectors of the citizens, not their assailant. That is the pledge of honor a police officer takes.

Such consensus on limiting the powers of the police (and military) became even stronger in post-EDSA 1 Philippines given the excesses of police and military during the Martial Law years that resulted to numerous human rights violations.

In recent years, human rights have been mainstreamed in the security sector with human rights education becoming part of the trainings being required to police and military officers. Human rights are also incorporated in the operational procedures manual of the police and the military.

Further, our legal-institutional framework is clear in giving primacy to the right to life. Given the strong influence of Christian faith in what is legal in the country, the state is expected to give the highest regard to life.

The right to life is not for the government to take for any reason. It is the person’s inalienable right not only as a Filipino, but as a human being. This also gives the mandate to the international community to protect and defend the life of citizens under governments that threaten persons’ right to life.

Dangers in contesting the limits

As evidenced by the high incidence of killings (the highest recorded in post-Martial Law Philippines) and the framing of the defense of these killings in less than 3 months, the way the RPC is being implemented and operationalized in Duterte’s anti-drug campaign points to a pretext different from what is the historically-defined boundaries of the country’s institutional-legal framework.

The seeming lack of priority given to the investigation of the killing of Jefferson, despite the protests, also indicates that the government is taking Jefferson’s death as a permissible “collateral damage” to its war on drugs, a clear break-away from what is expected from authorities in the past.

The government’s over-emphasis on the right of the person with the gun (the police) over the right to life and due process of presumed innocent civilians can easily be abused and misused. The staggering number of people already dead due to anti-drug police operations is an indication of that.

Those holding instruments of violence are supposedly subject to relatively more controls because in a given context, a gun itself could be the absolute power over another person’s life.

This is the basic idea behind the principle that civilian authority is superior over military or security forces in a democracy, why institutional processes or political solution is preferred over violent means and why the right to life is inalienable or beyond any state authority.

The Duterte administration is pushing the boundaries of what is the legal-institutional in this country using force and mass propaganda. However, we are – and remain – a government of law and not of men; and beyond power, there is truth and history behind the democratic gains that hold this country together. – Rappler.com

Joy Aceron is Program Director at Ateneo School of Government directing Political Democracy and Reforms (PODER) and Government Watch (G-Watch), programs that aim to contribute to the deepening of democracy in the country.